While touring my Mother-in-law’s neighborhood on our recent trip I spotted a beautiful craftsman style home that I adore. In addition to beautiful timber columns on the porch they had a large rustic metal sphere in their landscape that I fell in love with even though I it was likely a designer piece that was light years outside my budget.

I thought about that metal sphere on the drive home and decided to look for a way to DIY my own. I’d seen several similar projects for light fixtures so I knew it was doable. I just had to find a material that could stand up to the elements.

I pinned a couple of ideas, but put the project on hold since I had several others already in the works. Then I happened to spot these beauties on a Target clearance rack! They weren’t the color I wanted, but I knew a coat of spray paint could fix that. I got all three for about $21. I all but danced out of the store!

They lived as is in the flower bed for a while since I was busy with those other projects I mentioned, but when I started spray painting my cache pot from yesterday’s post I decided to knock these out as well.

I love the copper color on the small one, but because it was a metal flake paint it was a little difficult to work with and required several small coats to get all the angles. The ORB color on the other two is a dead ringer for the original designer inspiration and only took two coats. The third sphere has found a home in the new rain garden, which isn’t finished just yet.  A few more steps and I’ll be ready to share that project too! 🙂 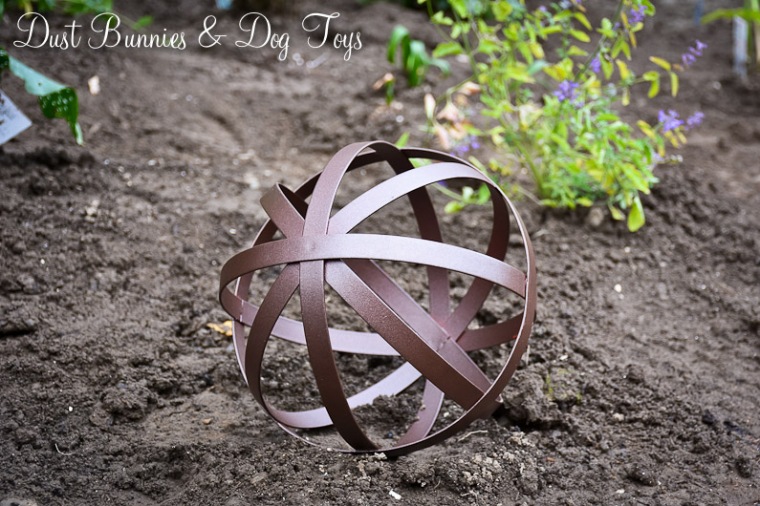