Now that summer has arrived we’ve been out riding in our side-by-side just about every weekend. Our favorite spot to ride is the Knik Public Use Area which is part of a massive glacier fed river delta. Because the river is constantly changing its course across the large open space, it’s a different experience every time we visit. It’s not uncommon for the beach we stopped at last time to have become a sandbar in what is now the middle of the river, or for a route we’ve previously used to be cut off by a newly formed stream, but that’s what makes it such an interesting place to ride. 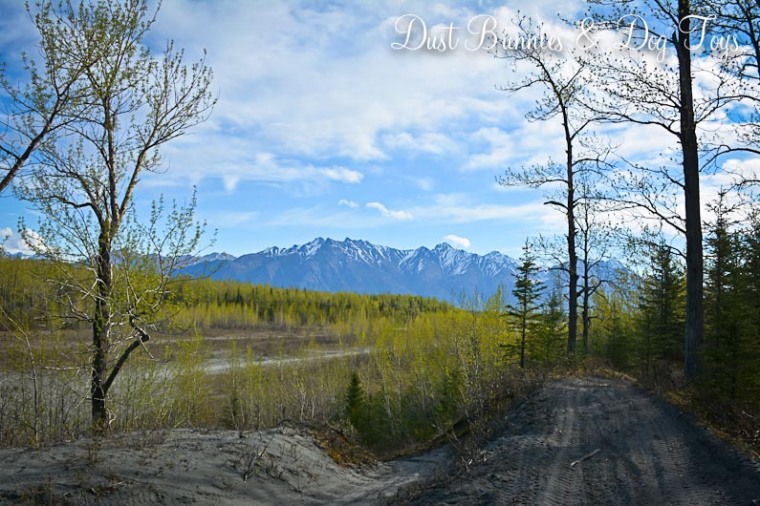 There are a variety of terrains, including wooded trails, bluffs, meadows and sandy areas. My favorites are the black sand beaches along the river’s edge with fantastic views of the mountains. 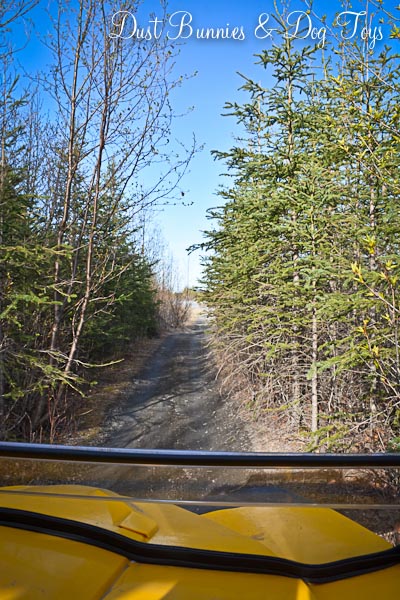 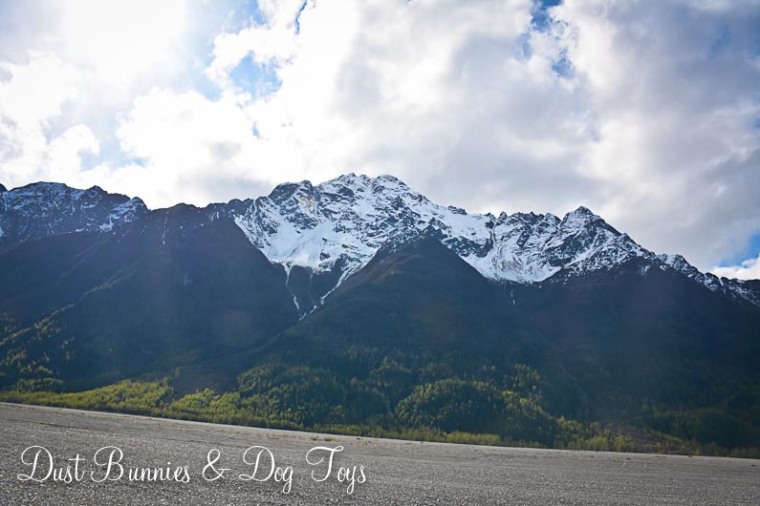 That’s where we usually stop to let the kiddos play. They weren’t too sure about getting in the water at first, which I can understand because the water is not only cold, it’s very silty making it difficult to judge just how deep it really is. 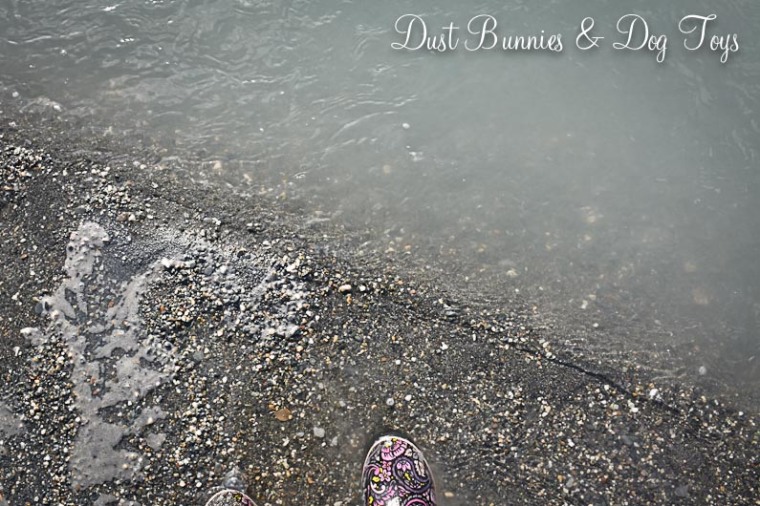 I enjoy wandering the shoreline looking for driftwood to collect for various projects I want to do while the dogs race back and forth on the sand like greyhounds.

And if it’s warm enough, I ditch my shoes for a black sand exfoliation.  I call it the Alaskan pedicure. 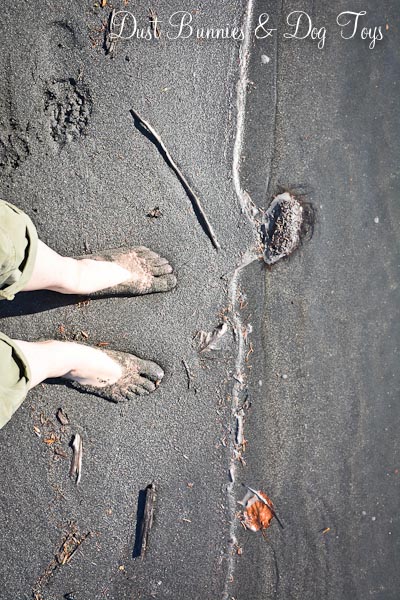 Eventually the dogs find a shallow spot where they pretend to walk on water until we find a stick to throw for them. 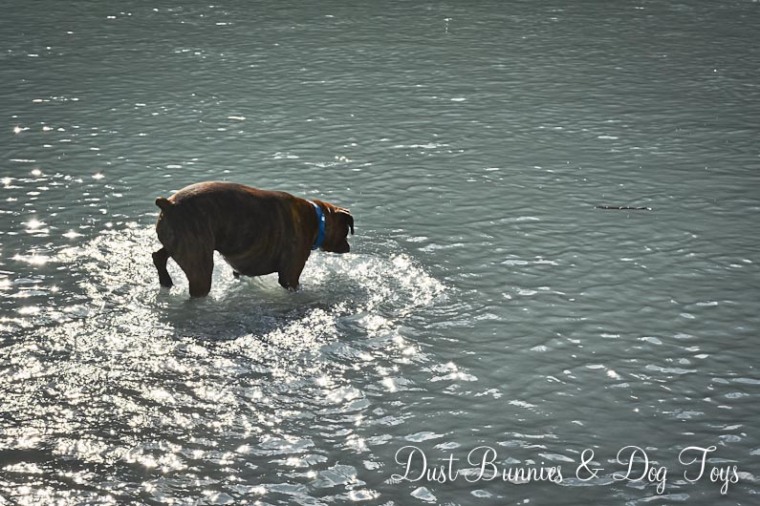 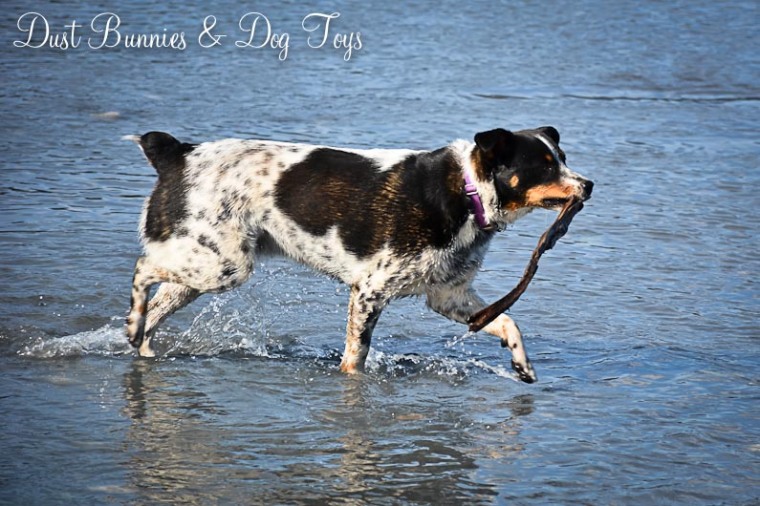 Tequila prefers bigger sticks which she retrieves from the water and digs at until they are hidden by the crater she’s created in the sand. Then she bounces and barks to show the giant stick who’s boss.  When her siblings try to assist her, she quickly tells them she doesn’t need help. 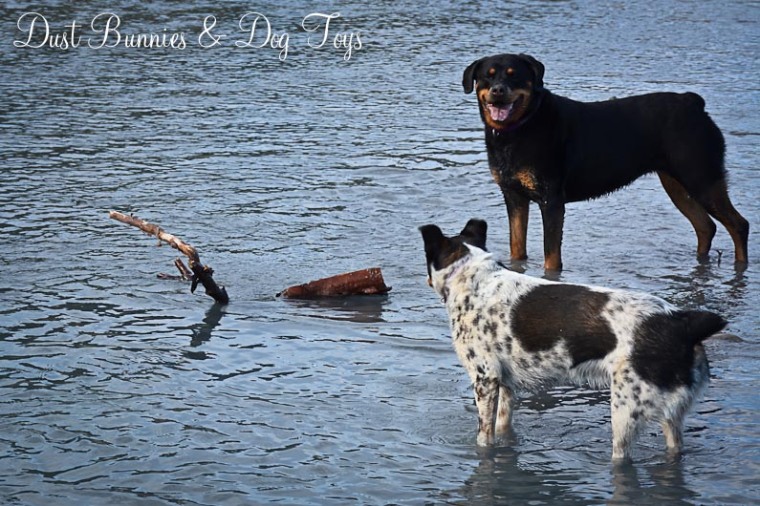 So instead, they come snuggle with mom and dad until they are ready to run some more. 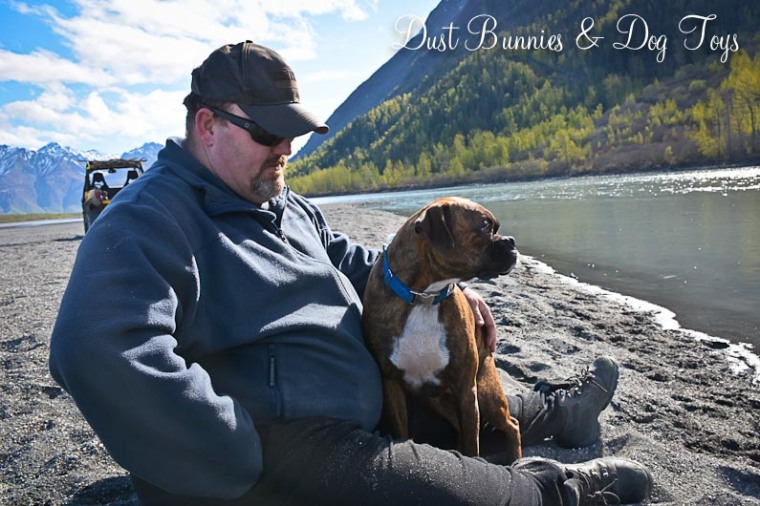 In between all this activity they sometimes agree to pose for pictures…. 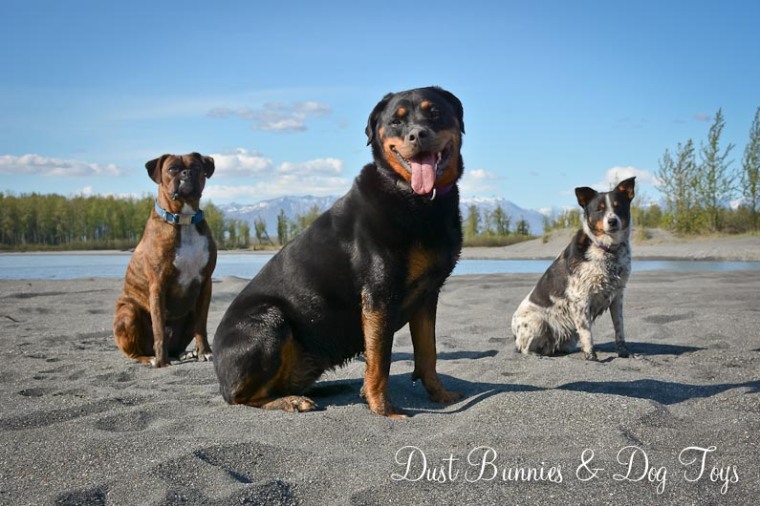 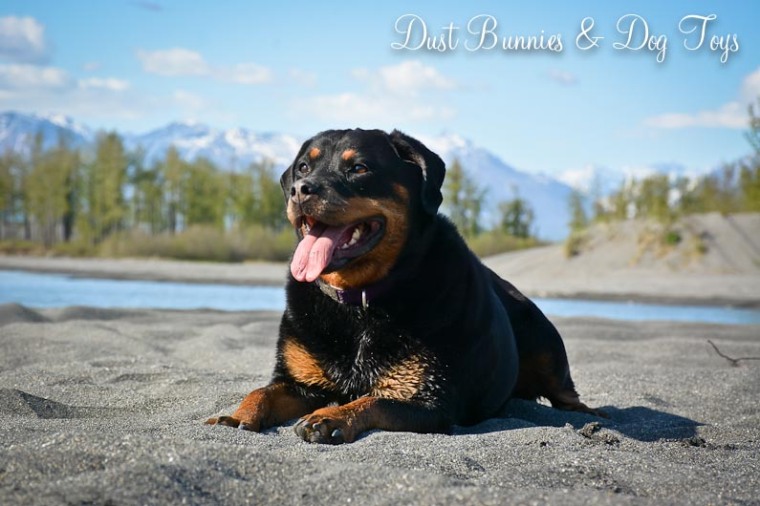 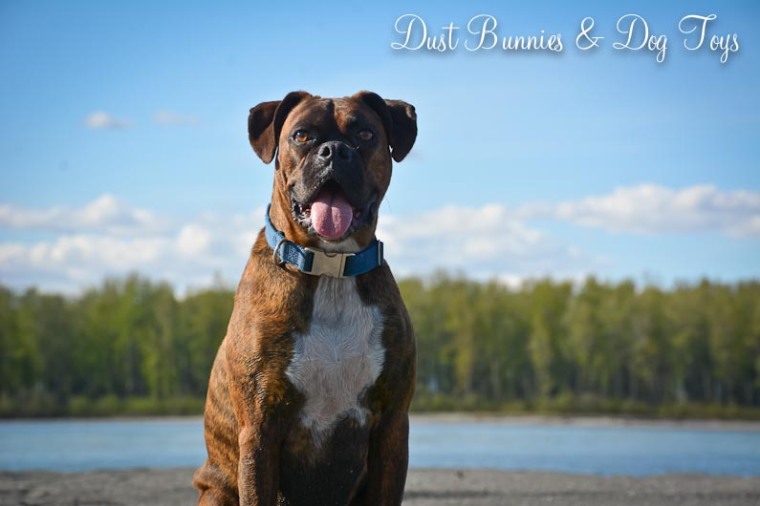 And sometimes they don’t….

Then when they are ready to ride again they load up in the side-by-side, as if to say “hey, let’s go!”

Although sometimes they try to sneak in and ride shotgun, which never works. 🙂

And once we’re on the trail, I watch them play lookout for the next spot to stop and explore.

One trip, we spotted some fan boats going up the river.  The dogs weren’t sure what to make of them, or the waves they created on the river bank. 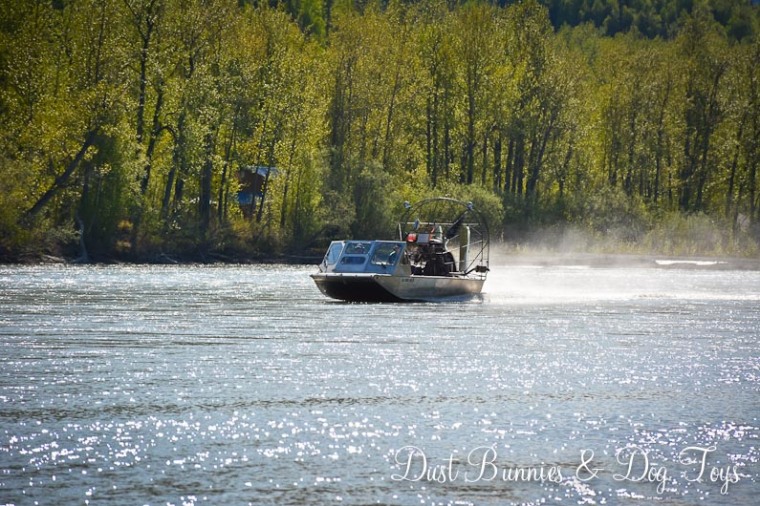 We’ve also spotted small planes in the area, since there is an airstrip nearby and the Palmer municipal airport isn’t far. 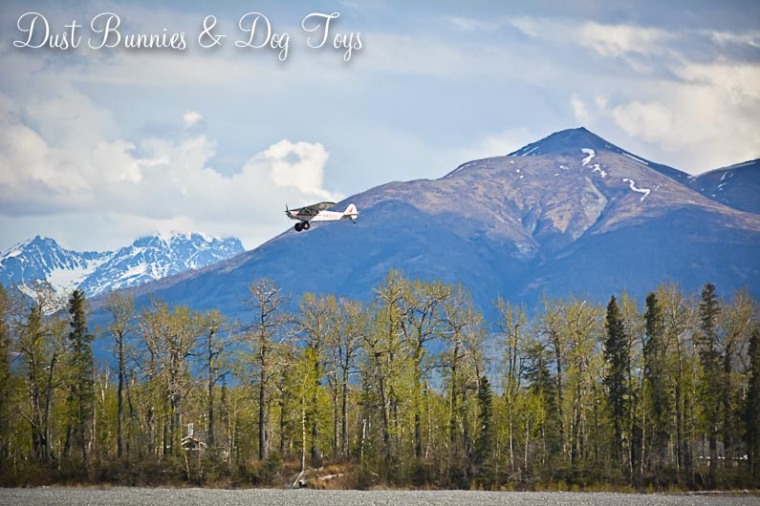 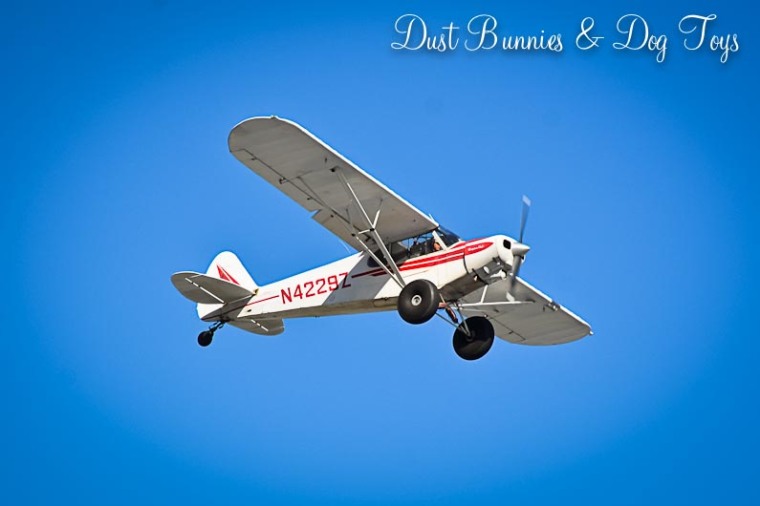 And sometimes we find signs of Alaska’s wildlife, usually in the form of tracks or droppings, but occasionally you’ll come across a more glaring example of the life cycle. 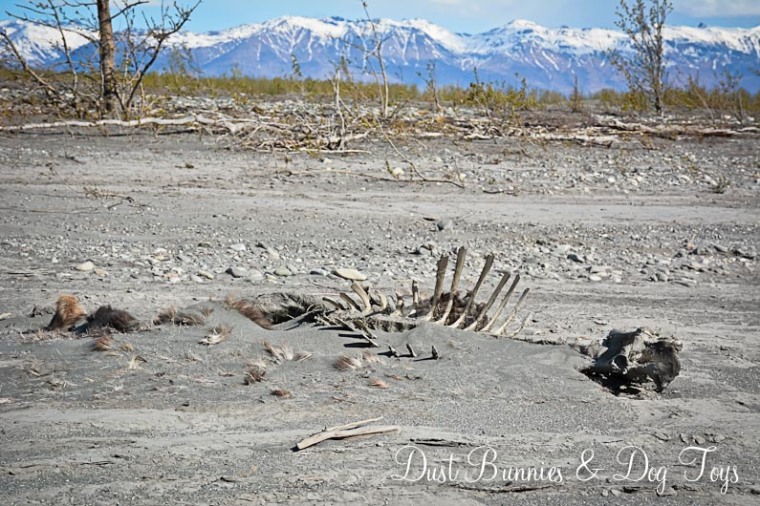 Back at the truck after riding, the dogs watch from the tailgate while daddy loads up their favorite toy until the next time we go riding.  Can you say spoiled? 🙂 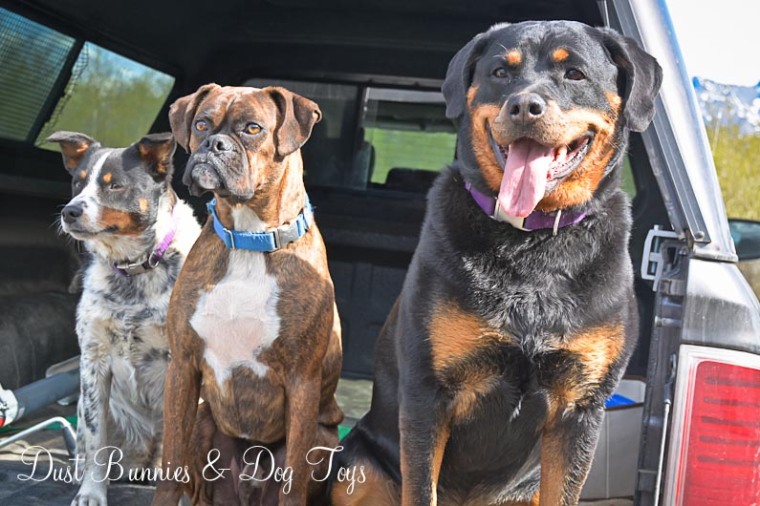 2 thoughts on “Fun in the Sun”