I spent most of the recent long weekend gardening, starting with planting a patch of raspberry bushes given to me by a co-worker who is rearranging her yard.  They look a little scraggly after being transplanted, but I’m hoping they bounce back quickly and possibly even bear fruit this season. The one in the front there has several branches so I left them secured with the paper bag we used for transport to give it a chance to establish new roots before supporting the weight of hanging branches.  I’ll keep you posted on their progress throughout the summer.

While I was planting raspberries, the hubs was building my long anticipated garden box!  I decided on a design with removable tubs so when we have a greenhouse I can start planting earlier inside and then move the tubs out when spring arrives.  It will also let me extend the growing season into the fall by moving tubs indoors as the weather cools.  The hubs designed this fancy subframe to support the weight of the tubs and then added the base on the bottom so that it would be waist high as I requested.  There was a bit of miscommunication on the final design plan because we had discussed several options and the inspiration I showed him was only a foot tall, but he was still able to make my vision a reality. 🙂

Once the frame was done we moved it into the back yard and finished it off with metal side panels and cedar trim.  It went together pretty quickly, thanks to the hubs’ detailed plan.  I helped by holding pieces in place until he got each section secured and showing my approval with a very wide grin as I watched it all come together.

Here’s how it looked once the sides and trim were installed.  I would have done a happy dance if I hadn’t been so tired, but the hubs knew I was super happy with the results. 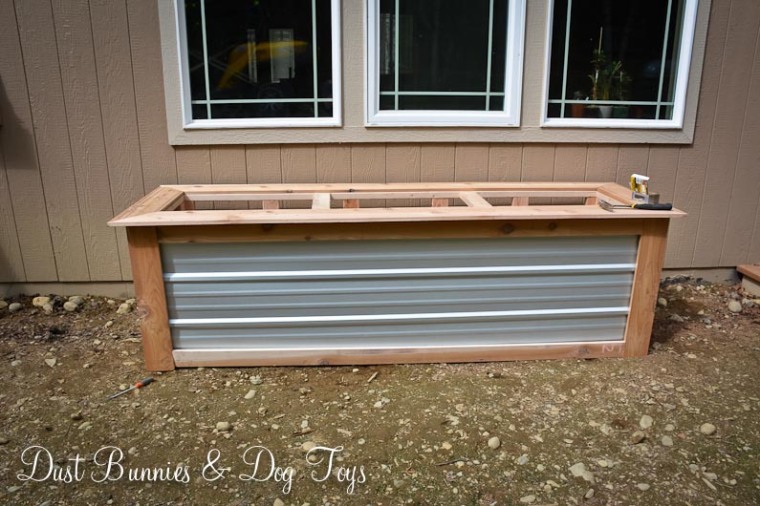 Next came the removable tubs, which rest on the cedar lip and are supported by the subframe below.  I love the look of the metal next to the wood.  It totally works for my modern farmhouse style.  Clean and simple, yet rustic at the same time. 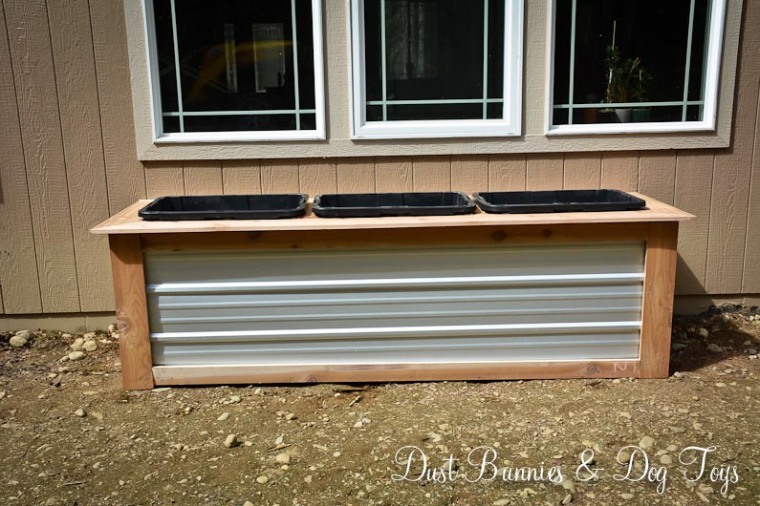 Now it was time for planting!  I wanted to use a water reservoir system to encourage the plants to root deep and seek out water, so I added smaller tubs with holes on the sides to the bottom of each tub, and then had the hubs drill a hole for a PVC watering pipe.  Now when I water it will leech out into the surrounding soil and water the plants from within.  The idea is that this will require less frequent watering, which is perfect for my busy schedule.  And if it doesn’t work, it’s not permanent so I can just take it out next year. 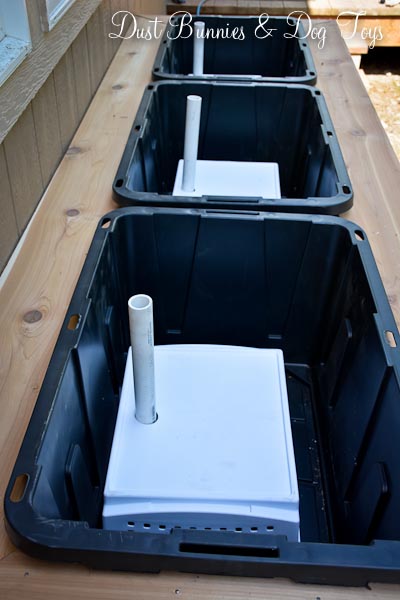 We filled around the tubs with soil and I got to planting.  This year we’re having herbs, lettuce, possibly spinach, cucumbers, peppers and tomatoes.  I already had the tomato and herbs on hand, but was waiting to purchase the others until the garden was ready for them.  I’ll pick those up over the weekend.  The pepper will go next to the tomato plant and the center tub will hold the lettuce and cucumbers. 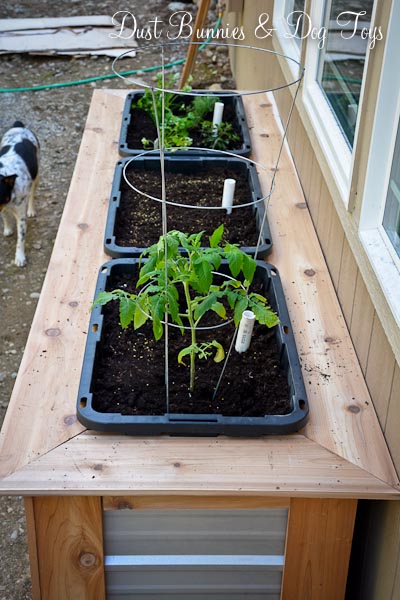 I selected a variety of herbs including cilantro, chives, parsley, oregano, dill and mint.  The cilantro will come in handy for summer salsa recipes and I’m excited to start using dill in ranch and other mixes.  We use dried parsley and oregano fairly often so it should be fun to experiment using it fresh. We don’t often use mint or chive, but this will give us the opportunity to experiment with them and I believe both deter pests, so that’s an added benefit.

To finish things off, I dug out the fancy metal garden signs I’d bought over the winter to mark what’s what.  They tie in the metal siding of the box and look totally cool!  I wish I had one for herbs, but it’s ok.  I do have signs for peas, carrots, onions, potatoes and pumpkin, so those are the other likely possibilities I’d try first. 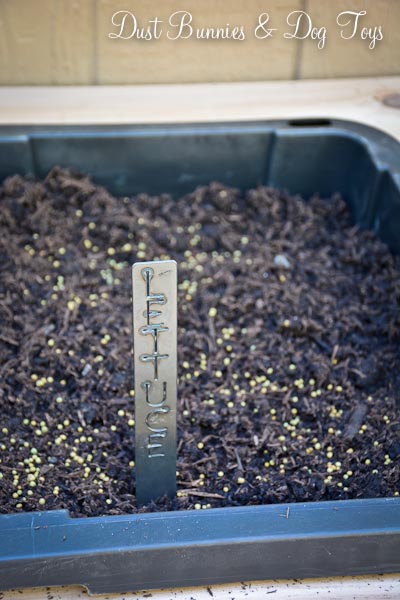 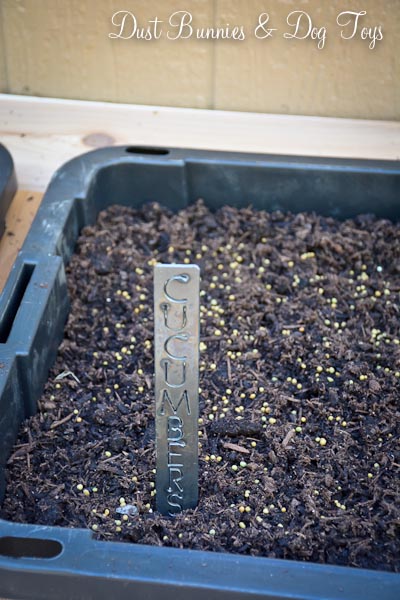 And since the garden is located just off the deck and right outside the back door it’s more convenient to snip a few things for cooking, which was the plan all along!  This spot gets full sun from morning until early afternoon, so it should also be pretty productive.

I’ll try to do an update later in the season when things have grown in and are producing!  Until then, feel free to share any gardening tips you think might help that day come sooner! 🙂

One thought on “Our New Garden!”