For some unknown reason our builder decided to install our front hose spigot in the middle of the space between our garage and front porch, under a window. I’m guessing the plumber chose that spot because it was an easy location to run the pipe to. Unfortunately, it didn’t quite jive with my landscaping plans, which had a flowerbed going in from the porch to the garage and back to the window.

Life would have been much simpler if he’d just put it next to the front porch where I’d envisioned it, but if you know me you know simple rarely happens in my life. So rather than traipse through my flower bed every time I want to turn on the water, and then have a hose trapped amongst plants, I altered my plan and put in a divided flowerbed with a walkway to the spigot. 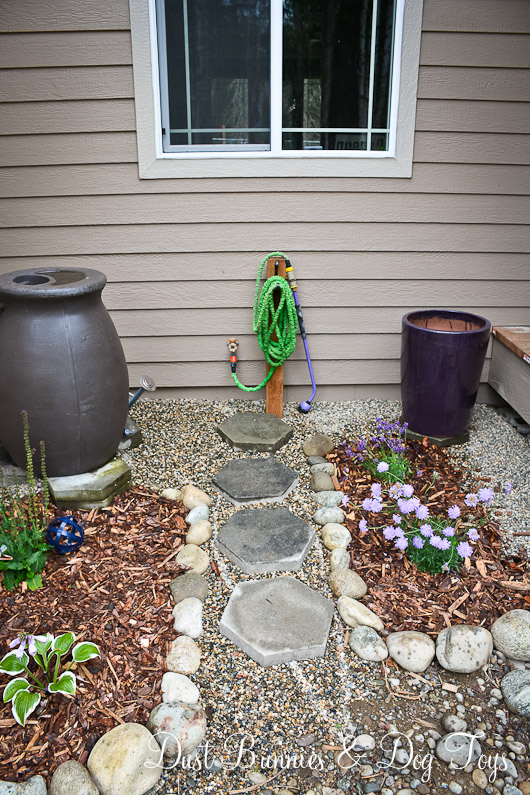 But that made the hose the center of attention, so it has to look good. Problem was that I didn’t want to attach anything to the house unless absolutely necessary since we had brand new siding. About the time we were installing the flowerbeds I found this fabulous idea on one of my favorite blogs and knew it would work for our hose.   I like the idea of the metal post holder, but I didn’t think it would work well without support around it like she had, so I opted to do it the old fashioned way with the post in the ground.  The hubs cut down a 4×4 and we dug a hole with the post-hole digger next to the spigot.  We just backfilled the hole around the pole and then screwed on a pretty metal bracket so there was a spot to coil and hang the hose. 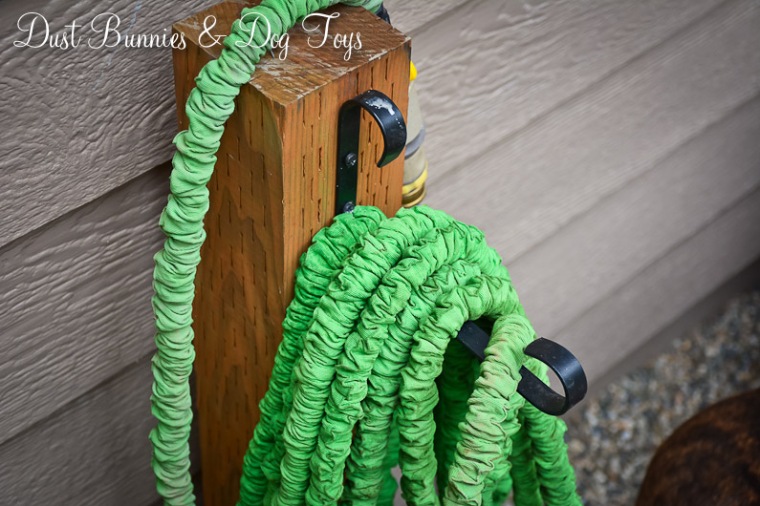 Since I have a fancy watering wand I just lean that against the pole, which allows it to drain if I don’t get everything out before coiling the hose. This is the first time I’ve used an expandable hose, but I love it because it’s light weight and easy to move. Plus it hangs on the bracket very easily without a lot of weight. 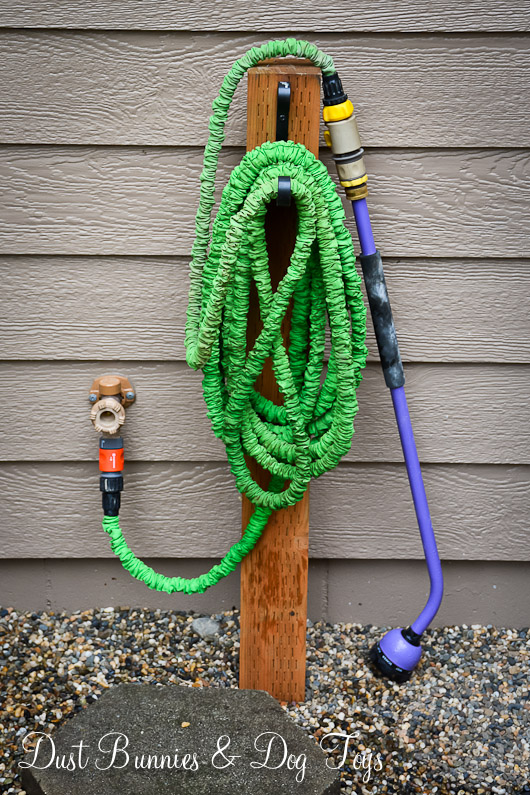 So that’s it: a pole in a hole, a bracket, some screws and a hose.