It’s been a while since my last post, so I apologize, but we’ve been super busy moving into the new house and getting settled, which means we have lots of stories to share.  So I’ll dive right in.

The move itself went pretty smoothly thanks to a great moving crew, who were not only super efficient, but very personable.  Unfortunately, I can’t say the same for our builder.  There were several outstanding issues after our home inspection and the foreman was working on the list of items until 1 am the day we moved in!  Because of the late hour, there were many areas that didn’t get cleaned like they should have, including paint on our floors. 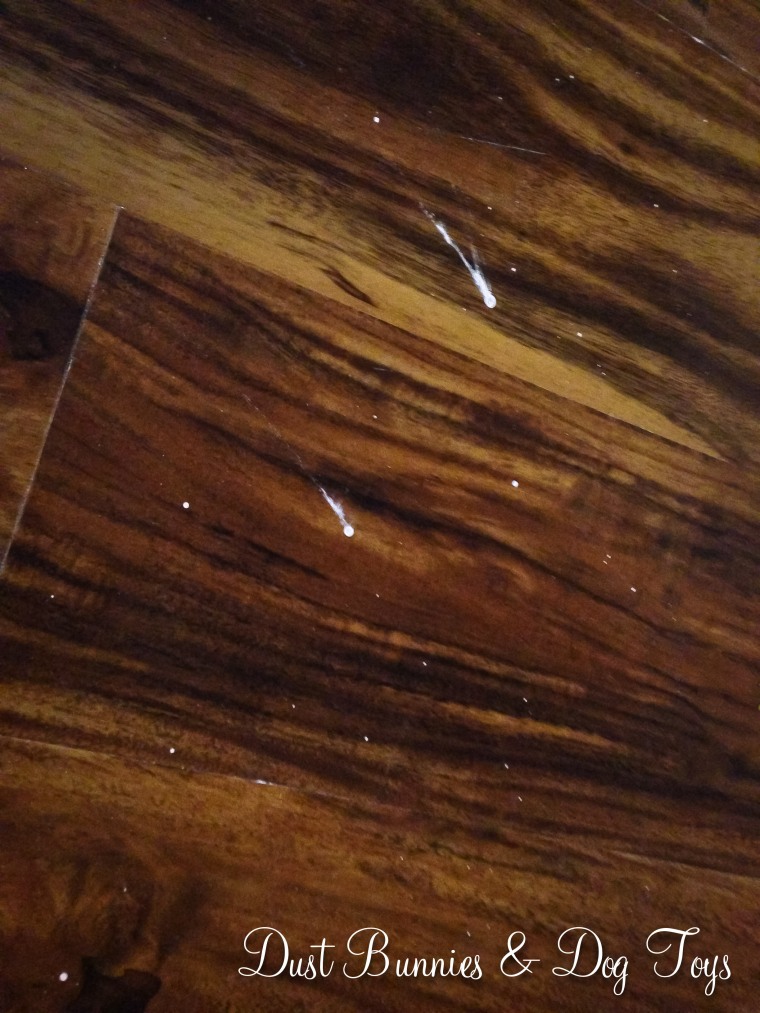 Although the builder said we could request it to be cleaned, that would require us unloading all of our stuff into the garage and delaying moving into the house, which was simply not acceptable after all the planning we’d done.  We were already doing an “early occupancy” before closing due to delays on the builder’s part and didn’t want to wait further because we both had work schedules to contend with.  We chose to accept the cleaning “as is” and proceed with the move in, with a few repair items still to be addressed before closing and a few more to occur in the spring when the snow is gone and the ground thaws.

Three different sub-contractors came that very day to address several of the items, but there were still two remaining when we closed the following week – the major one being the mis-matched closet doors in the entry way.

I’m still dumbstruck at this.  Maybe they thought we wouldn’t notice, or care.   But I’m sure they knew it was different because they had to drill a hole outside of the flat plane made for the knob in order for it to line up with the others!  **Face palm**

The lack of cleaning by the builder meant up that we had to clean every surface before anything could be unpacked and put on it, including inside cabinets, which of course makes unpacking take twice as long.  And because there wasn’t a span of time between closing and moving, we were trying to install the pantry shelves and closet systems while moving in.  That’s a combination of projects I don’t recommend, although both turned out really nice (watch for a post about both soon).

The reality of all this is that for the past two weeks some rooms look pretty good with just a box or two remaining: 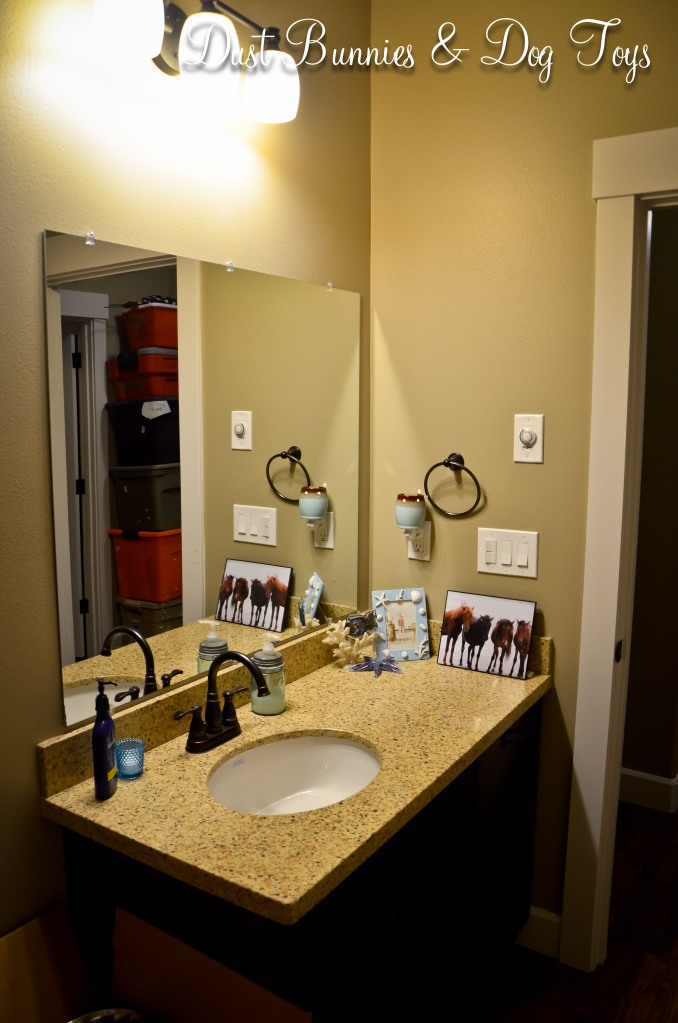 Most of the spaces are starting to take shape and resemble the ‘vision’ I had for them, but it’s a process.  I’ll do a whole house tour once I get it mostly done.

We did have a few unexpected issues pop up as we started setting up things.  The first was the height of the doggie door. Apparently our previous slider was a wee bit shorter than the new one!

We stuffed a piece of cardboard up there while the movers were working, but the hubs later filled the gap with a nice piece of melamine scrap from the pantry project (post coming soon) so it looks almost built in.

The second issue was that our “bar height” chairs from the dining table weren’t tall enough for the new kitchen island bar.  We have 8 of these chairs and planned to use them for both the dining table and the bar, but that obviously won’t work.  You literally feel like you’re sitting at the kiddie table because the counter is about 6” above the middle of your chest!  So I’m now on the hunt for super tall stools instead and have my eye on these at Target, but just can’t bite the bullet at $120/chair (AK price)!  I’m holding out hoping for a super sale and being able to find enough in the same color at one store.

Another revelation of the move is that magnets don’t stick to stainless steel fridge doors.  I guess that should have occurred to me earlier, but I’ve had a few hundred other things on my mind as of late.  At least it keeps the fridge clutter free.  Apparently they do stick to the sides still, so I moved our little dry erase board to the side for writing grocery items on as they become low, otherwise I’ll never know what I should buy at the store.

Luckily, the dogs have adjusted well to the new house, although they had a few days there were all the activity was overwhelming and they clung to anything familiar – especially when they were doubled up and extra cushy!

Now that we’re finally in the new house we’re looking to get another dog and possibly a cat, which will definitely be another adjustment for them, but I’m sure they can handle it.  Especially if there’s treats involved. 🙂