The pantry was the second project on our to-do list upon moving in.  It’s kind of necessary to have a space to store all your food before you can get the rest of the kitchen in order.

Although I had planned out the Master closet in detail, I hadn’t fully worked out the plan for the pantry, so the hubs and I sat down and thought about the types of food we’d be storing and how tall certain containers typically are.  That helped determine the height needed for each shelf and then we just fit as many shelves as possible in the space we had.

The materials were fairly simple: prefab melamine boards and 1x2s.  The hubs used the 1×2’s as cleats along the side and back walls, then cut the boards to size and placed them on top.

He secured each with screws into the cleats and then used his new Kreg Jig tool to join the two boards together where they met. There was a bit of trial and error, but overall it turned out pretty darn well.

The pantry also doubles as our recycling station, with containers for paper, plastic and cans on the floor along the back wall.

Because I’m a soda fiend, I knew I needed a can crusher or I’d be emptying that bin every week.  We found this one for just $10. 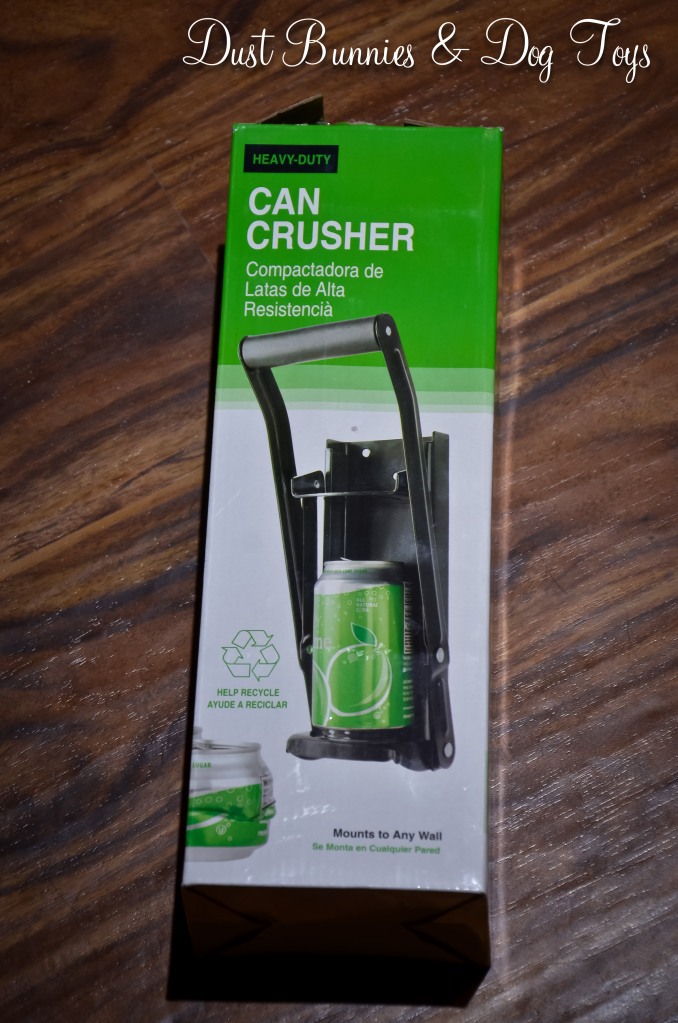 The hubs mounted it on the wall inside the pantry, just above the trash can that holds the cans.  It works really well, but we’ve discovered that if you dent the can just a bit it relieves a great deal of pressure, thus requiring less effort to completely crush the can.  The dogs are still not fond of this strange new noise making device, but I’m loving the efficiency of it. 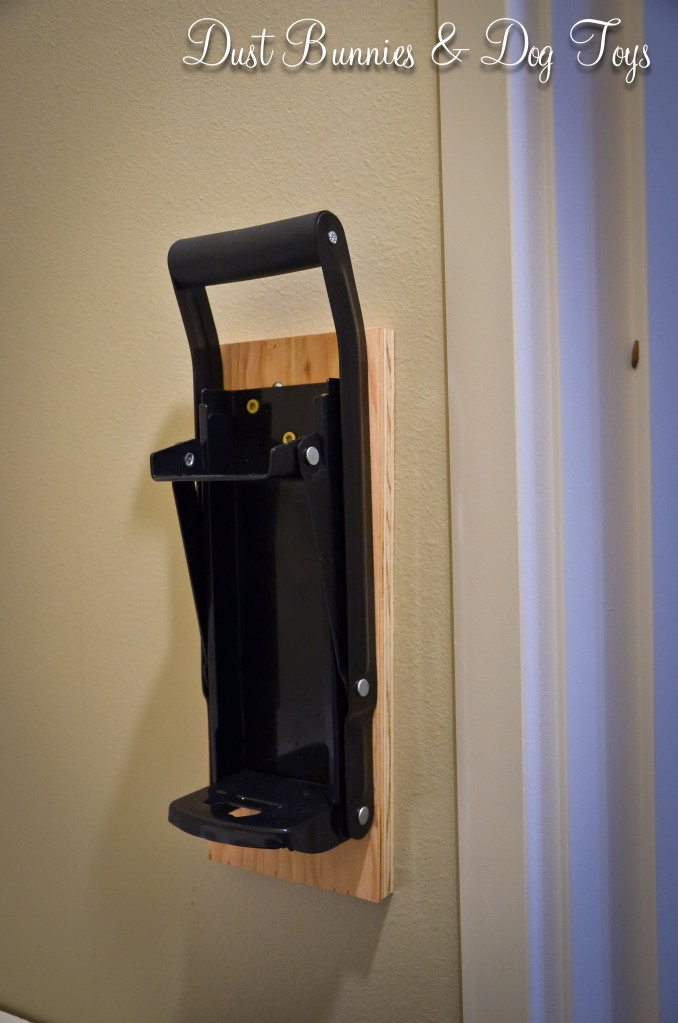 We also purchased a large galvanized trash can to hold the dog food so we didn’t have to squat down to scoop it out every time anymore.  Now we just lean!  This was the last can the store had and we got it for $5 off because of the dent in the lid, which when you put it on the right way is in the back under the shelf and not even noticeable anyway! 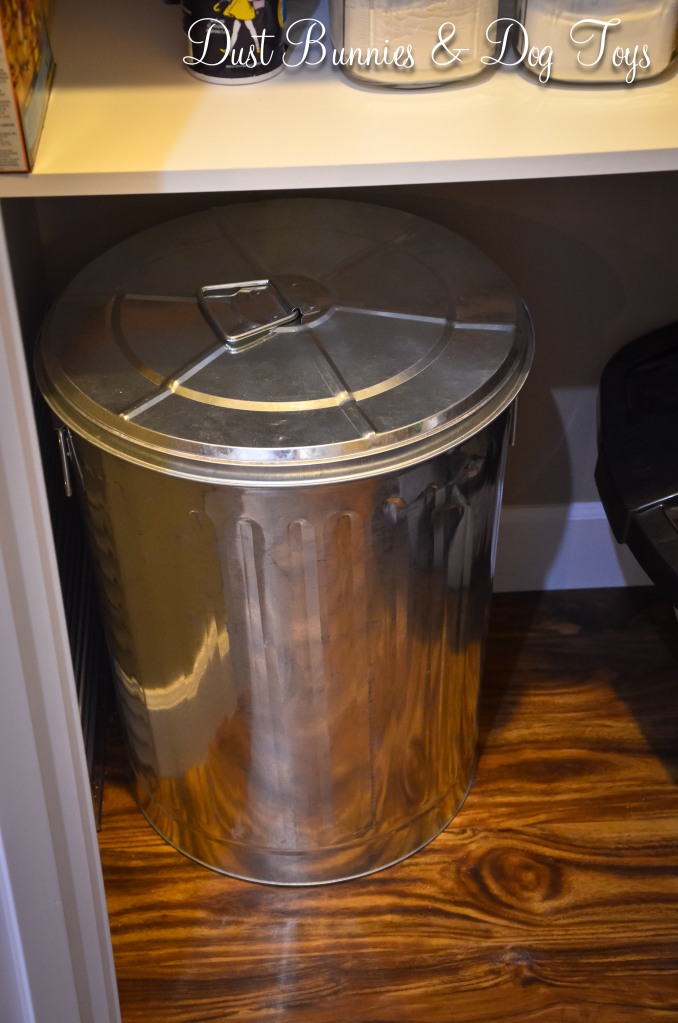 There was still room left over once I loaded everything in!  Guess we’ll have to do some bulk shopping soon and put it to use!  I still have some organizing to finish up in here and want to get some bins to hold onions and potatoes, but overall it’s done and functioning well, so we’re calling it finished for now. 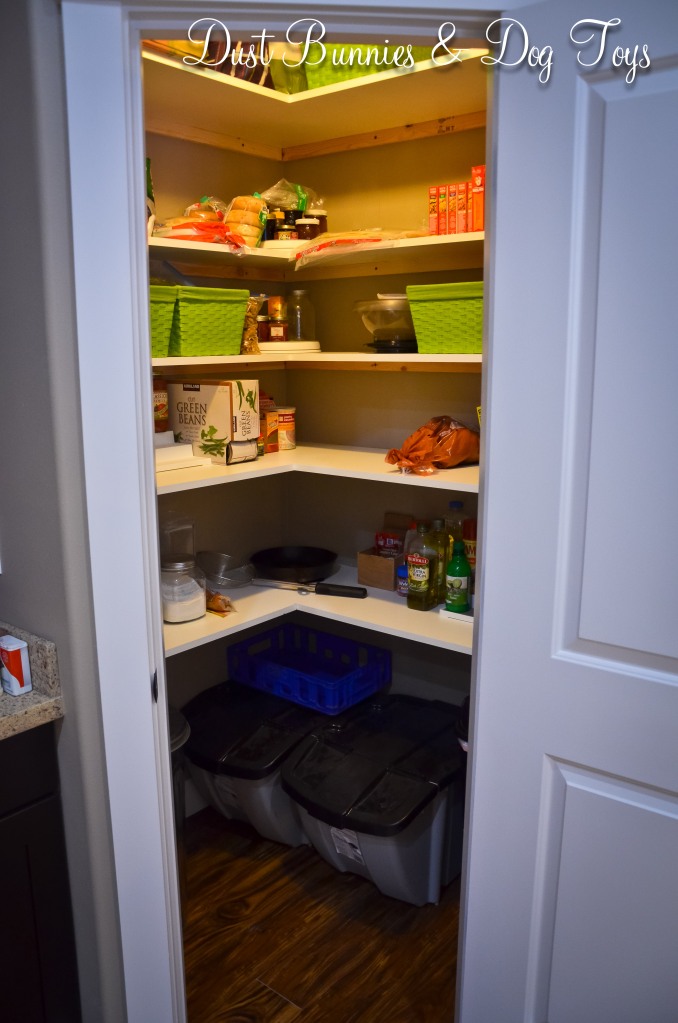