We’ve had some pretty feathered guests in our yard recently, including this beautiful spruce grouse who I originally thought was a ptarmigan.  I’ve seen him several times, but wasn’t able to get close enough for a picture thanks to my rambunctious children.  So this time I left them in the house and slowly made my way down the driveway where he was foraging on the seeds and cast off by the trees during fall.  He didn’t seem concerned that I was getting closer and when I sat on the bench by the garden he actually moved even closer.

Eventually he moved into the woods and flew up into a tree where I couldn’t see him anymore. But while looking for him, I spotted this guy pecking away at our birch trees. 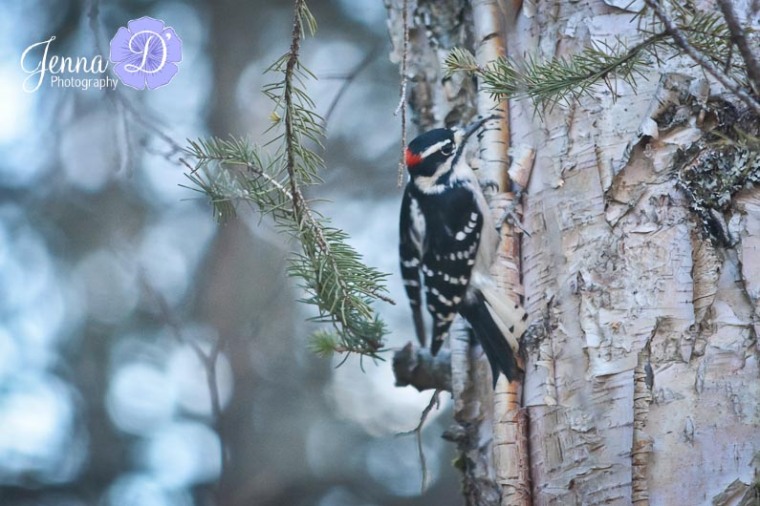 I think this is a downy woodpecker, the same species of bird I saw in the back yard of our rental in Anchorage last year but can’t be certain.  Whatever he is, he was pretty darn cute and very industrious.  He worked his way up to the top of one tree and then flitted to the next to repeat his peckish ways.

Eventually he did visit my nearby suet feeder, which I was glad to see getting some use.  I think offering a few feeding stations encourages the birds to visit and eat those pesky insects who are almost the same size as they are!  Which is why I’ll be keeping the feeders stocked all winter, because if they know there is a reliable food source they will hang around and nest here, creating another generation of eaters to battle the insect population that is bound to return after winter. 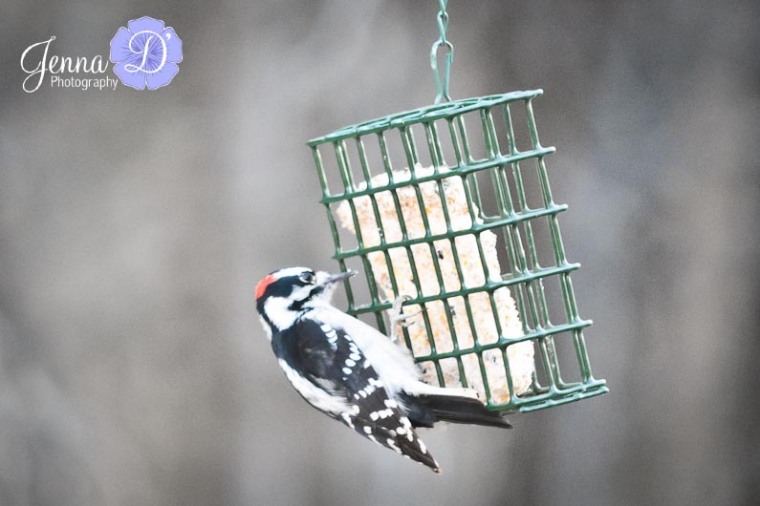