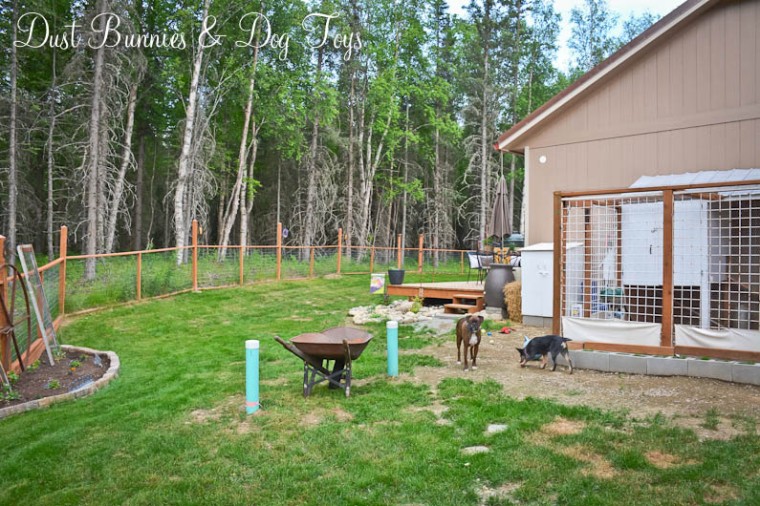 It’s been another crazy busy week here at the DB&DT household.  Tequila went in for surgery on her torn ACL yesterday so we’ve been out of our normal routines to make arrangements for that which hasn’t left much time for editing photos.  So although I planned to share my experience at this weekend’s Palmer Garden & Art Faire today, I haven’t had a chance to prep all the photos.  Don’t worry the Garden Faire recap will still be coming, along with all the fun art I found, so stay tuned for that but today I’m sharing a quick project we did in the yard this weekend!

Remember those two ugly septic tank pipes near the chicken run?  Well, they’re looking much better now.  Check out how we disguised them! 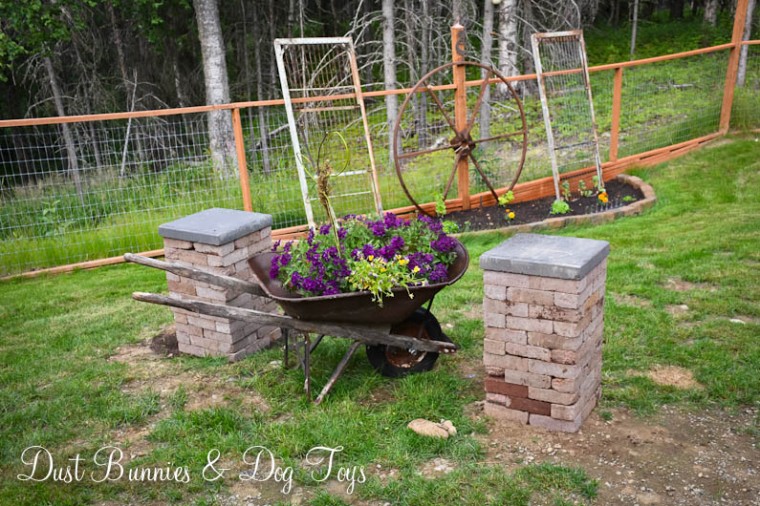 We started with some reclaimed bricks that we got for free on a local buy/sell page.  I leveled the ground around the pipe and stacked the bricks to create a column. 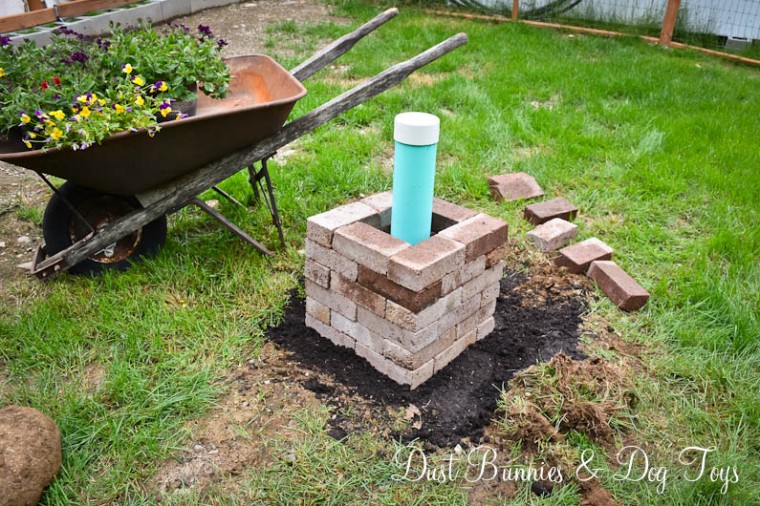 Here’s how it was looking once I got them stacked all the way to the top.  That huge rock in front of the bricks is one I discovered while leveling the ground and had to take out!

I originally planned to have a stack of bricks around one pipe topped with a large paver stone and a pretty bird house, the place a faux rock shell over the other pipe, but when the plastic rock arrived I didn’t love it.  It works fine from a distance but since this is an area that we are IN daily and is near the deck it wasn’t realistic enough.  That’s when the hubs suggested we stack bricks around the second pipe as well and create an arch from the two bases then place a bench below!

I was definitely on board with that idea, but wanted to make sure we could have something that looked good but was still easy to remove for when we do need to service the tank.  He assures me his plan will work, so I’m now on the hunt for a bench.

He removed the existing caps and replaced them with these removable ones.  They tighten on with a metal clamp band.  I placed the bricks on the edge of the pipe so we could get the widest area possible between the two stacks for the bench.

The hubs also had the brilliant idea to use a board across the entire space while stacking to make sure we had the two stacks parallel to each other so things will line up when we build the arch.

And here’s how the spot is looking today!  Since the bricks and wheelbarrow were all free the only cost so far is the new pipe caps, two top pavers, flowers in the wheelbarrow and my fun new garden art sticking up out of them.   But we’re still less than $50 for everything so far. 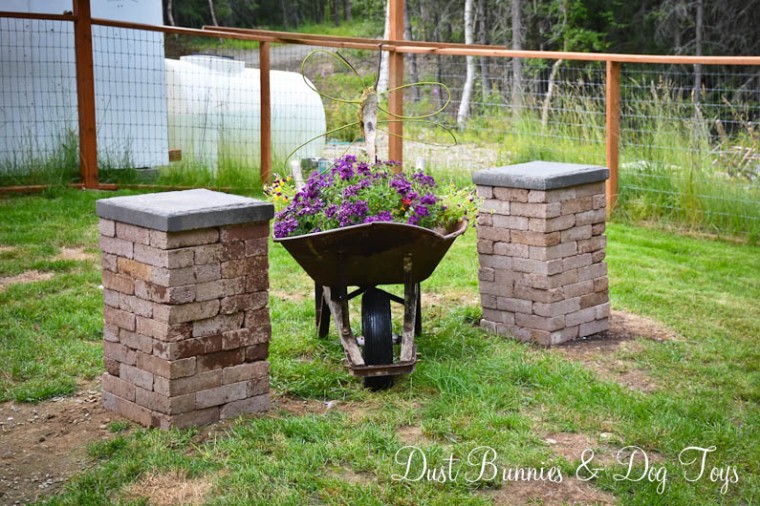 I’ll find a new spot for the wheelbarrow once we have a bench, but for now it brings much needed color to this corner of the yard.  I plan to relocate two lilac bushes to the wheel bed next season so when they bloom this will be a fabulous spot to sit and enjoy their fragrance, while visiting the chickens.  Plus it will be just off the gravel pathway we plan to put around the chicken yard next season so it flows nicely too.

Since everything is dry stacked, it’s easy to move out of the way when we need to access the tank pipes and it can then be reassembled quickly when we’re done.  I’ll share how we create the arch over top when we get that part done.  Even if it takes a while I’d be happy to put some pretty lanterns or potted plants on top of the pillars once we get a bench and call it good for this season!

I’d love to hear what you think about our septic tank pipe disguise, so please leave a comment below.

Shared on Knick of Time’s Talk of the Town #29.