Hi there,  remember me – that crazy gal who writes this blog?  I’m still here, I’ve just been held hostage by real life recently and haven’t had a chance to share much the last few weeks. So here’s a quick recap. The hubs got pretty sick with a nasty head cold and cough that he still has yet to totally kick. I had to fly to the tiny town of Ketchikan, AK for a grand opening of a new branch last week and the day before I left I developed pink eye due to excessive congestion (similar to the hubs) that seeped into my tear ducts! This week it’s started snowing and I’m in the midst of a huge online and live charity auction at work and am finally – hopefully – kicking the congestion that’s been plaguing our house for the past three weeks. Somewhere in there we still managed to get several projects done and a couple more lined up, I just haven’t had time to edit photos and sit down to put words with them. But that will be coming soon. I promise. 🙂

In the meantime, today I thought I’d share a little encounter we had with the neighborhood moose recently. The hubs was off and had been home all day, but I had just gotten home from work.  He told me that a momma moose and yearling had been hanging out around the back yard on and off during the afternoon and as I looked outside I saw they had returned so I grabbed my camera and stepped out on the back deck to get a few shots.

Now that I was outside, the dogs became fairly determined to let the moose know they were on guard duty. She wasn’t impressed and stood her ground on the back side of the fence. 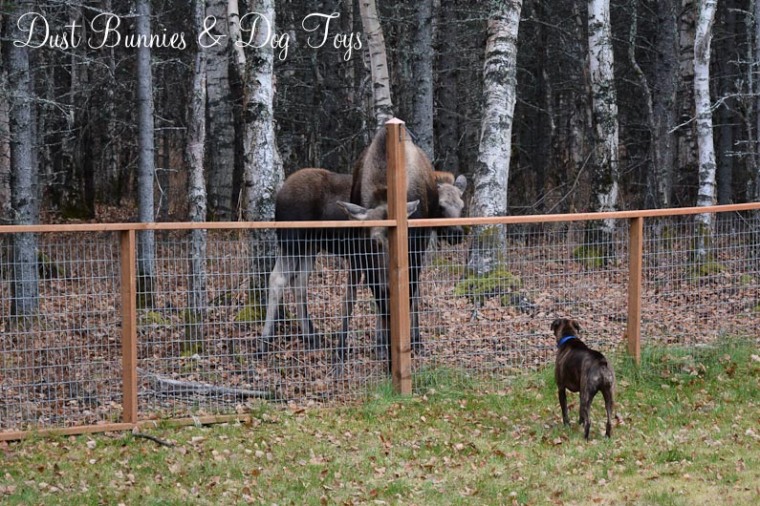 When Stoli attempted to show some dominance by jumping and barking, she gave him a big snort and stomp as a warning, which he obviously ignored.  Seeing that momma moose was agitated we commanded him to leave the fence and come back inside, which took several attempts because he wasn’t happy about leaving a threat near his turf unattended. 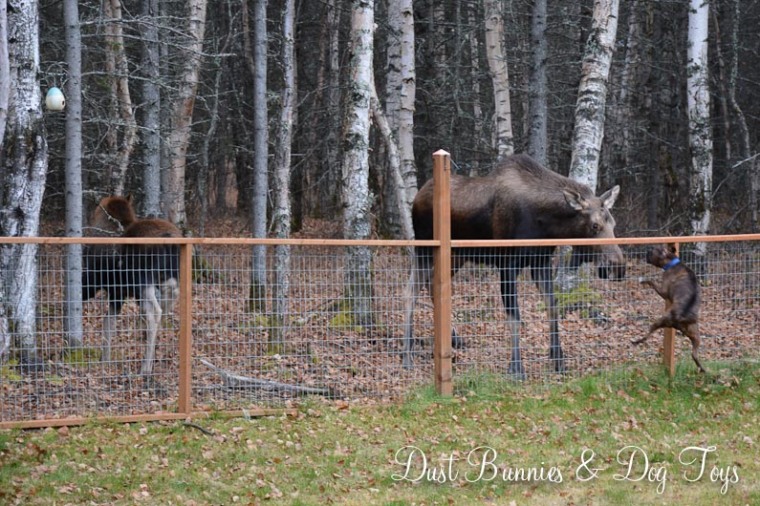 That was when Bacardi decided it was her turn on guard duty and started to patrol the perimeter. 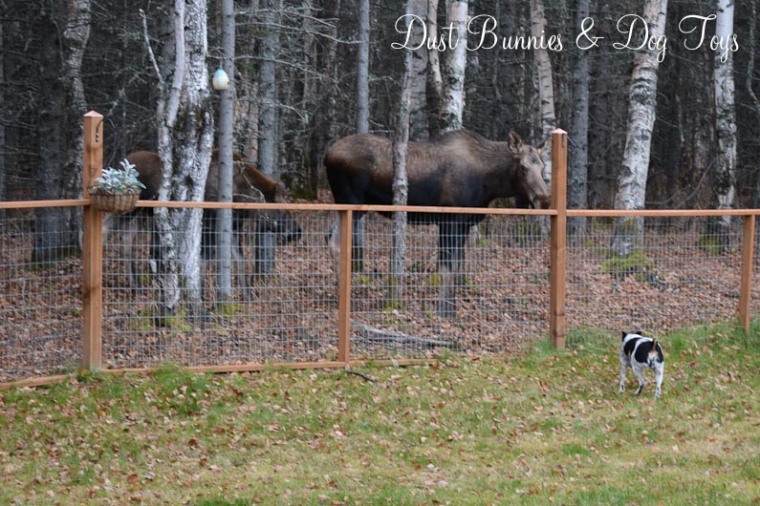 Momma moose took one step and Bacardi quickly realized she was no match, and she came running back inside before we even had a chance to give her a command.  Smart girl! 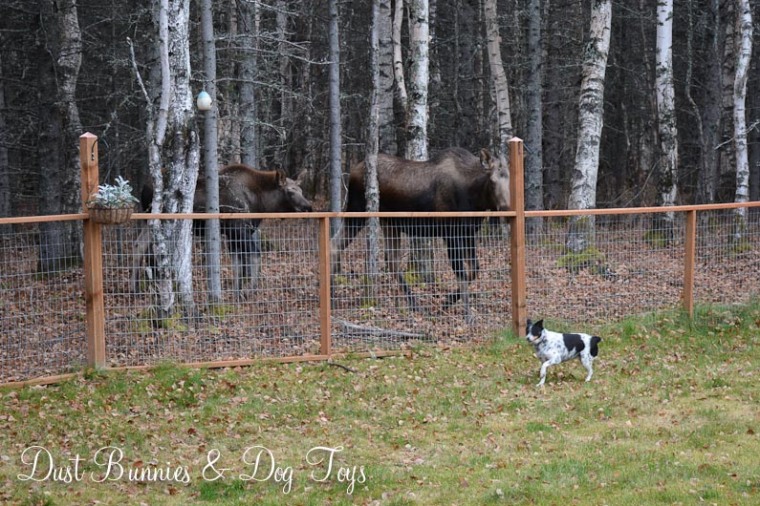 Momma moose continued to stand her ground for quite a while with occasional snorts in our direction, but eventually wandered off into the woods to find a quieter location to forage.

Typically the dogs barks keep the moose at a distance and we don’t have close encounters like this, but fall is their breeding season so I can understand why this momma was more defensive. Luckily we were home and able to monitor the situation so there was no physical contact between them.  Now that the dogs have learned not all moose run off with a few barks, hopefully they’ve learned to keep their distance from the fence when they come in close like this – especially when we’re not home!   It’s always a delicate balance of respecting the wildlife, knowing that we’ve claimed land they used to wander for our home and maintaining safety for both us and our pets as well as the wildlife that surround us, but it’s a balance we value highly and plan to continue. 🙂