It’s another crazy fast week here in the DB&DT home, but I did manage to find time to edit images from our trip to Seward over Memorial Day weekend to visit friends from Kodiak.  While we were there we went to the Sealife Center to check out all the Alaskan sea creatures.  Here’s a few of my favorites!

First we saw the harbor seals, who were totally adorable with all their spots!

We also saw them from underneath the water, while they swam.  This one liked to swim upside down. 🙂 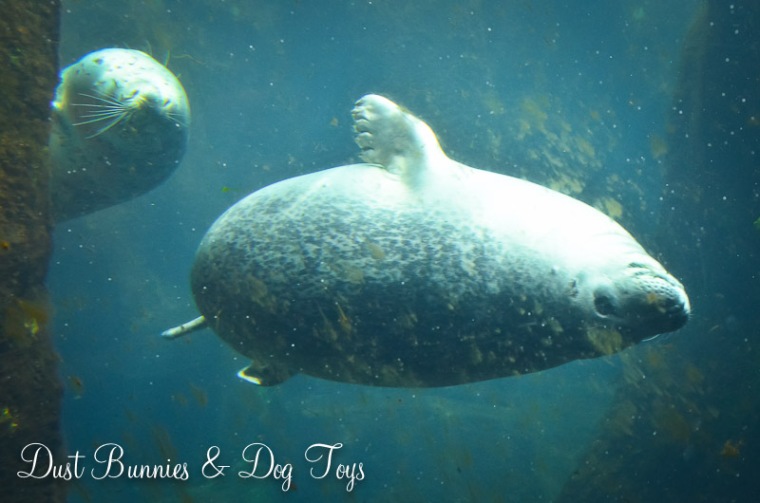 Next was the sea lions, including Woody the MASSIVE male who’s been there since he was born.  He wasn’t super active but at 2,500 lbs I probably wouldn’t be either! 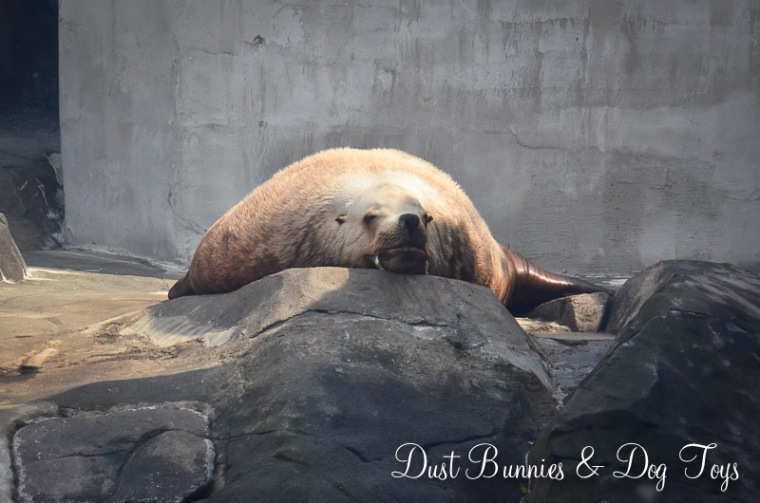 The bird enclosure was my favorite because you could stand right next to the water where the birds were swimming, which made for some great close ups.

The puffins were my favorite bird there.  Here is a regular puffin and a horned puffin.  Check out those eyebrows!

There were also several other species of ducks and water fowl, although I don’t remember all the names.

I spotted this puffin right behind where I was standing and enjoyed watching him watch his peers.

Apparently someone was building a nest, because this puffin kept taking mouthfuls of material up to this ledge where it would hide them behind that rock on the right.

But some just chilled, looking dashing in their permanent tuxedo.

We also saw this sea lion from the overlook to the training and medical pens.  He was quite interested in what the staff were doing near his enclosure.

And of course there were many types of fish.  Some cruised back and forth in their tanks, while others just ‘hung’ from the rocks.

Then there were the jelly fish.  Every time I see one I think of Dory and her “Squishy”… and yes I did quote her several times! 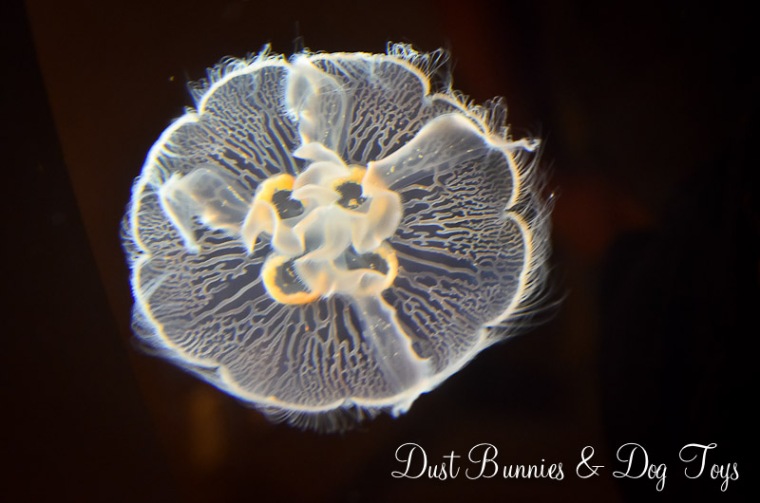 But one of the coolest things to see was the giant octopus, or at least what we did see of him against the glass! 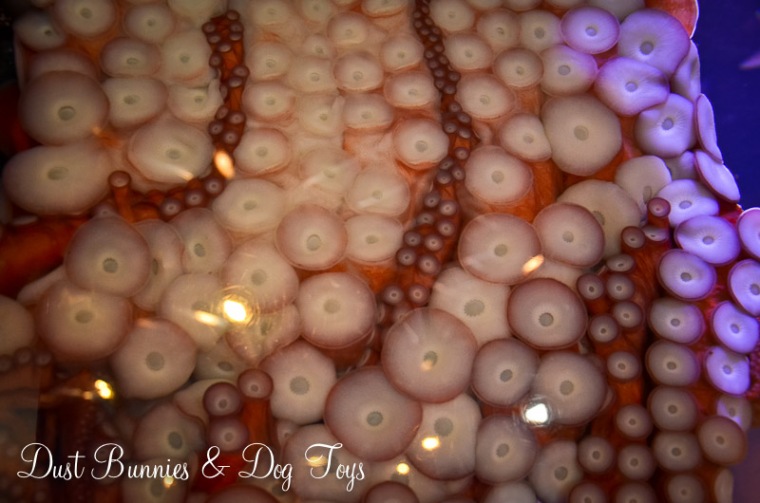 Although he never moved the whole time I was by his tank, he made some great abstract art!