I haven’t been having much luck on the local buy/sell pages or Craigslist so I was stunned when I happened upon a post for a wooden bench for $40 and NO ONE had claimed it yet.  I immediately commented that I’d come get it that evening or could send the hubs that afternoon.

Once I commented that gal messaged me and said she had just realized there was a bolt missing on one side so she would reduce the price to $25.  Um, no I don’t have a problem with that!  I texted the hubs the info and let her know that he’d be by soon.

It turned out to be as nice as the photo portrayed it to be, so we’ve placed it on the front porch for the time being.  It does fit there fairly well, although it might be better on a bit of an angle.  I have a sneaking suspicion that once we start getting the yard put together come spring, it might end up elsewhere.  Especially since it would make a wonderful photo prop for clients who want to split their session with indoor and outdoor shots! 😉

It turns out the missing bolt isn’t too big of a deal.  It is kind of important to make it more stable, but thanks to the return of the snow, we don’t spend a whole lot of time sitting outside. 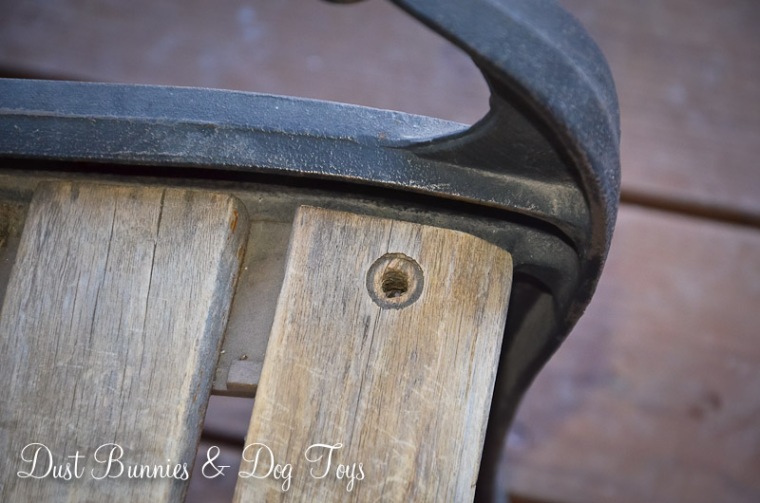 It’s also makes the perfect perch for Luna now that she’s started going outside on her harness when we take the dogs out to play.  She’s not very fond of the cold and wants absolutely noting to do with snow, so she investigates the corners for the porch and then resumes her lofty viewpoint to watch her siblings bound around like crazies in the frozen wilderness. 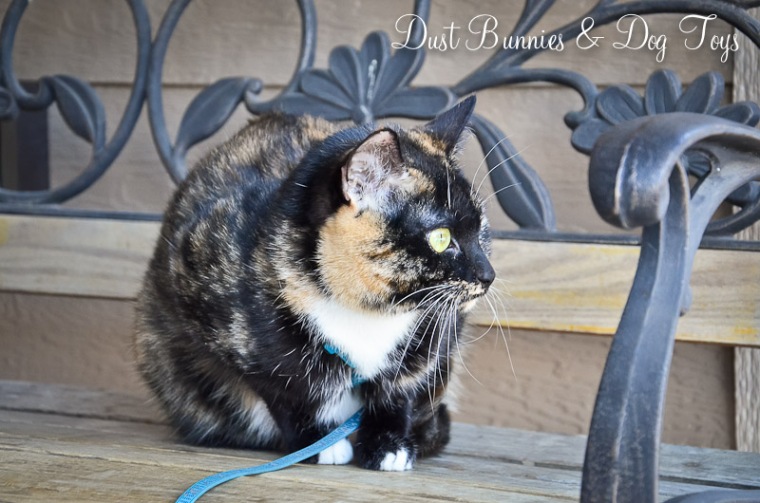 And when she’s had enough, she goes to the door and says so! LOL

She’s used to being on her harness outside at her previous home, so we’ve continued that policy here for now.  Hopefully, she’ll eventually get to a point where she goes out without it, although then she’ll have to have a collar with a bell so she doesn’t get too close to the birdies I plan to entice to our yard this summer!