Sorry for the lack of posts recently, but it’s been a rough week around the DB&DT house.  The day after Christmas the hubs was cutting down a tree that had started to fall toward the driveway.  The girls were playing nearby, as they always do when we’re working outside.  Once the tree was down he cut it into three large sections to throw back into the woods.  He called the girls up onto the driveway so they would be out of the way.  Little Sangria sat and watched the first two be tossed out of the way, but just couldn’t resist the temptation of the third section and ran after it.  When she did it hit her mid-back and when she fell, she could no longer move her back legs.

Hubs immediately scooped her up, loaded her into the truck and called me at work.  I found a vet who was open and could take her in as an emergency exam.  Once I’d given them the necessary information and made sure he had directions, I collected my things and left work to head to the vet’s office as well.  When I arrived about 30 minutes later, they had already administered a strong dose of pain meds and done xrays, but not found anything broken, which led them to believe that she had bruised her spinal cord.  They recommended she stay overnight so they could administer steroids to reduce any swelling and manage her pain with continued meds. They also noted that although she was only 3 years old, much of her spine had fused into a solid piece, which they believed was due to genetics because the fusion wasn’t localized to just one or two spots.

Although she was very dopey from the meds, they let us visit with her before leaving.  It was tough to see her like that, especially since it was the first time I’d seen her since that morning when I left for work.  The hubs was extremely upset by seeing her as well because he was convinced he was to blame for her condition.  He told her repeatedly that he was sorry for hurting her and I swear she gave him a look that said “I’m sorry for chasing the stick Daddy!”  We composed ourselves, made sure the overnight staff had our contact information and then came home with Tequila, who was very confused that Sangria wasn’t with us.  We called the vet for a status report before going to bed, but they had only administered one dose of steroids and said that likely wasn’t enough to create substantial improvement.  They told us that no news overnight was good news and confirmed we could come by in the morning to check in on her.  We let Tequila sleep in bed with us that night, both to comfort her and ourselves.

We both went to see her the next morning, but soon learned that there had been no change in her condition and that she was not able to empty her bladder, which was not a good sign for recovery.  They told us that the plan was to complete one more dose of steroids and then see where we were.  If there was no improvement, they could recommend us to a surgeon for further examination.  All we could do was wait, so I headed to work and the hubs went back home.

A few hours later I got a call from the vet, confirming that there was still no change and that they recommended we see the surgeon.  We agreed and asked them to see if the traveling surgeon was available to come examine her.  Unfortunately, he was unavailable that day, so they referred us to a veterinary specialist in Anchorage.  The hubs went and picked her up from the vet’s office and drove her into Anchorage, where I met him at the specialist’s office.

The staff helped us put her on a stretcher and bring her into an exam room.  Although the first vet had faxed over the xrays and treatment notes, the specialist conducted several independent physical tests and was not happy with what he was finding.  He also discovered that she had the equivalent of a torn ACL in one rear leg and a partial tear in the other, which would require knee surgery if we were able to get past the back injury.  He told us that the prognosis for restoring movement in her rear wasn’t good, but that they could do another round of xrays and a dye test to see if they could pinpoint the problem.  He estimated that would take about an hour so we left to let Tequila stretch her legs at the park and get some lunch.  While we sat eating lunch just around the corner, something inside me realized we would likely never take our baby girl back home and life would never be the way it had been.  A few minutes later, the hubs got a call from the vet and I knew immediately from his reaction that the news wasn’t good.  We rushed back to the vet’s office to see the xrays and talk options.

The new xrays had detected a broken vertebrate, that we had all missed in the first set of films.  The specialist told us that based on this new information, he didn’t think she’d ever walk again, even with surgery.  He also believed that the trauma to the spinal cord could lead to her losing function in the front legs as well.  He gave us a minute to decide what we wanted to do.  We talked it over, but it didn’t take us long to decide that we didn’t want our little girl to go through any further pain.  We called back the vet and informed him of our decision.  He expressed his approval, saying that if he thought he could fix her he would tell us that we were making the wrong choice and that if he was in our shoes he’d make the same call.  We asked to see her one last time to say our goodbyes, and the staff ushered us into the room where she was still sedated from the xrays and tests.

The next few minutes were a blur.  We signed a consent form for them to administer the final dose and selected the option to have her cremated.  I remember being handed a box of tissues and finding a chair where I managed to notified my office I wouldn’t be returning and posted the news on Facebook for those who had been following the situation from afar.

As I drove home, I realized that I hadn’t taken photos Christmas morning and was utterly devastated.  How had I, a photographer, not documented my little girl’s last Christmas?!  I remember thinking that it was a quiet Christmas, without much flair, so I wouldn’t capture images much different than those I already had in my library.  I’d thought I’d record everything next year because we’d be settled in the new house then and would have more to document.  Never again will I make that mistake.  Although I don’t have any photos of that morning, I will always recall how both the girls had been so excited pulling their toys out of the bags that Sangria had actually gotten one stuck on her head, which I had to quickly remove before she hit her sister or something harder!  Luckily, I had taken a few photos later that day with my phone, which I posted on Facebook.  This photo of her, her sister and the hubs Christmas day as we headed out for a ride in our side-by-side was the last photo I took of her.  It’s certainly not the best image I’ve ever created, but I will treasure it forever more.

It’s a perfect depiction that although she was here a brief time, she was a happy soul who lived a life full of adventure and love.  That’s the down side of being a pet parent – you are most likely going to out-live your babies.  In the days since her passing, the calls and messages we have received have been a true comfort, both reaffirming that she was loved and that we made the best choice.  I am in complete awe of how many lives our “Little Bit” touched!  We never realized just how much of an inspiration our little family is to people – even those we only interact with for a short time.

And as much as it hurts to say goodbye, I know we were meant to have her in our lives.  She came to us a few months after our wedding and truly completed our family.  Here’s a quick look back at some of my favorite memories of her life with us. 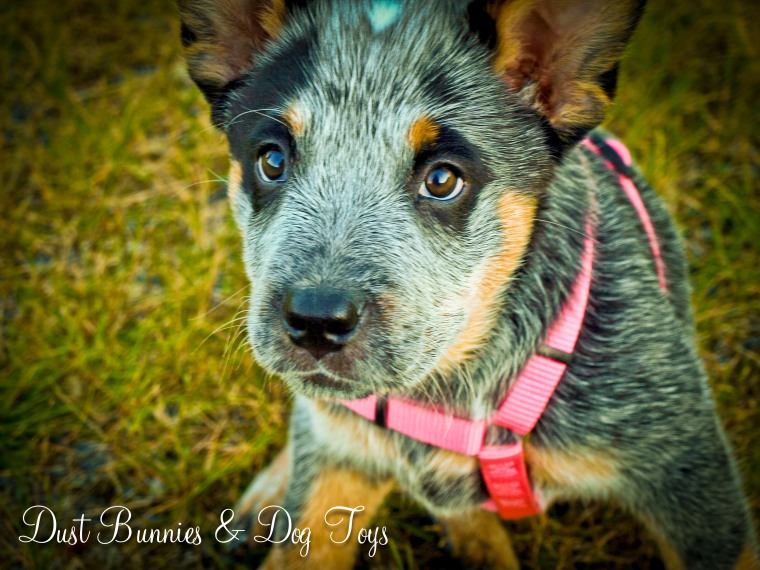 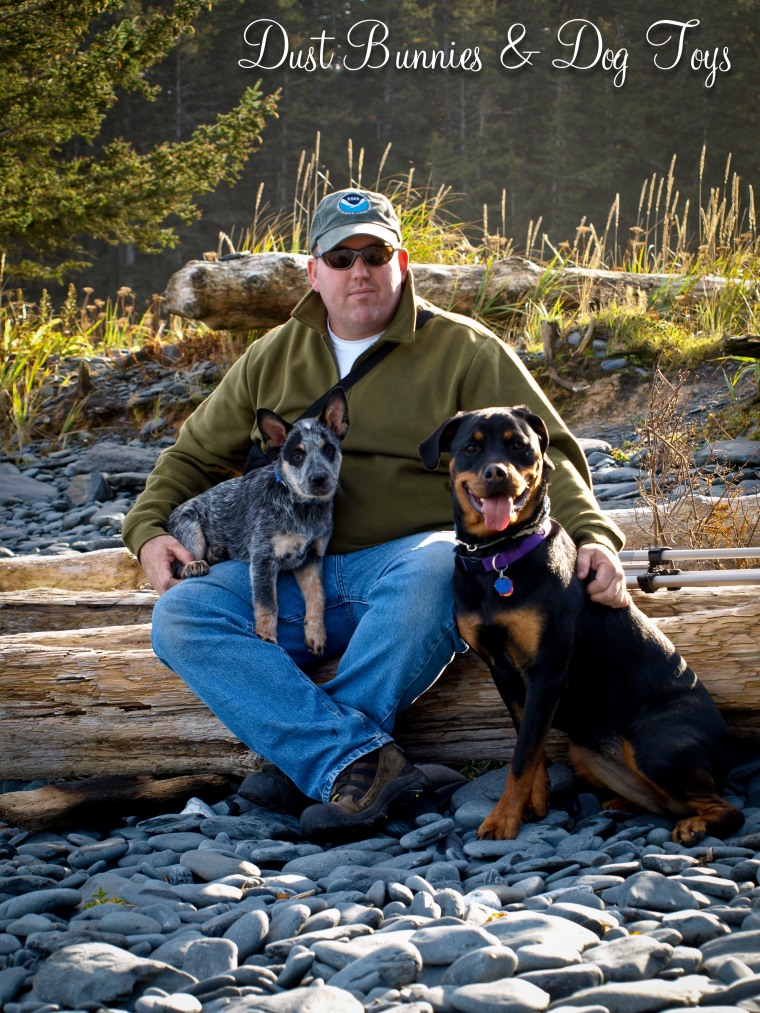 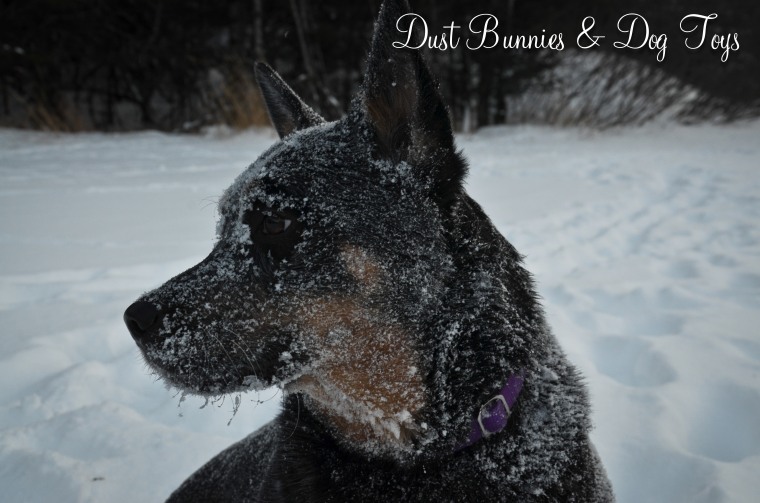 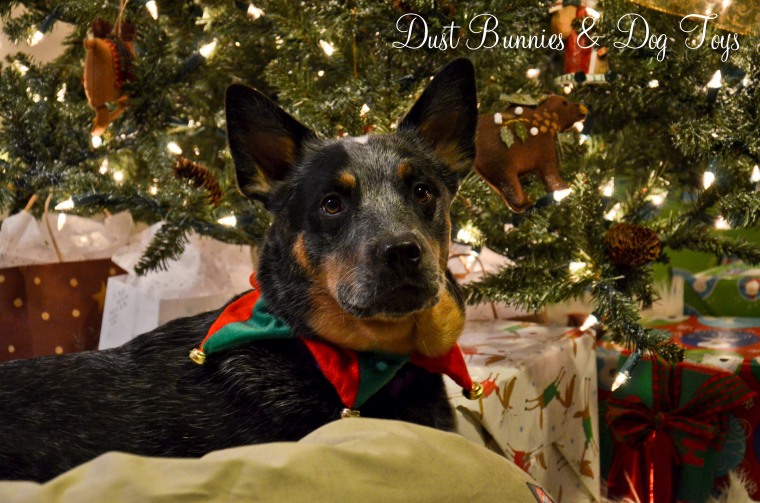 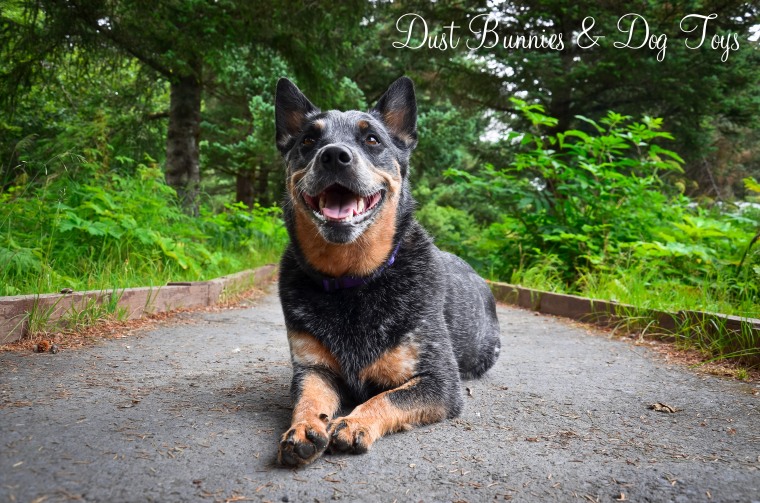 And this is the face I’m sure the angels have seen every moment since she crossed over the rainbow.  May they never tire of playing fetch and giving belly rubs until we join her on the other side.

Until then I shall think of this:

Just this side of Heaven is a place called Rainbow Bridge. When an animal dies that has been especially close to someone here, that pet goes to Rainbow Bridge. There are meadows and hills for all of our special friends so they can run and play together. There is plenty of food, water and sunshine and our friends are warm and comfortable. All the animals who had been ill and old are restored to health and vigor; those who were hurt or maimed are made whole and strong again, just as we remember them in our dreams of days and times gone by. The animals are happy and content, except for one small thing: they each miss someone very special, someone who was left behind. They all run and play together, but the day comes when one suddenly stops and looks into the distance. Her bright eyes are intent; her eager body begins to quiver. Suddenly, she breaks from the group, flying over the green grass, faster and faster. You have been spotted, and when you and your special friend finally meet, you cling together in joyous reunion, never to be parted again. The happy kisses rain upon your face; your hands again caress the beloved head, and you look once more into those trusting eyes, so long gone from your life, but never absent from your heart. Then you cross the Rainbow Bridge together…