We stopped by a park we’ve been wanting to check out on the way home from seeing the house the other day, and while there the girls learned a new trick.  Going down the playground slide! 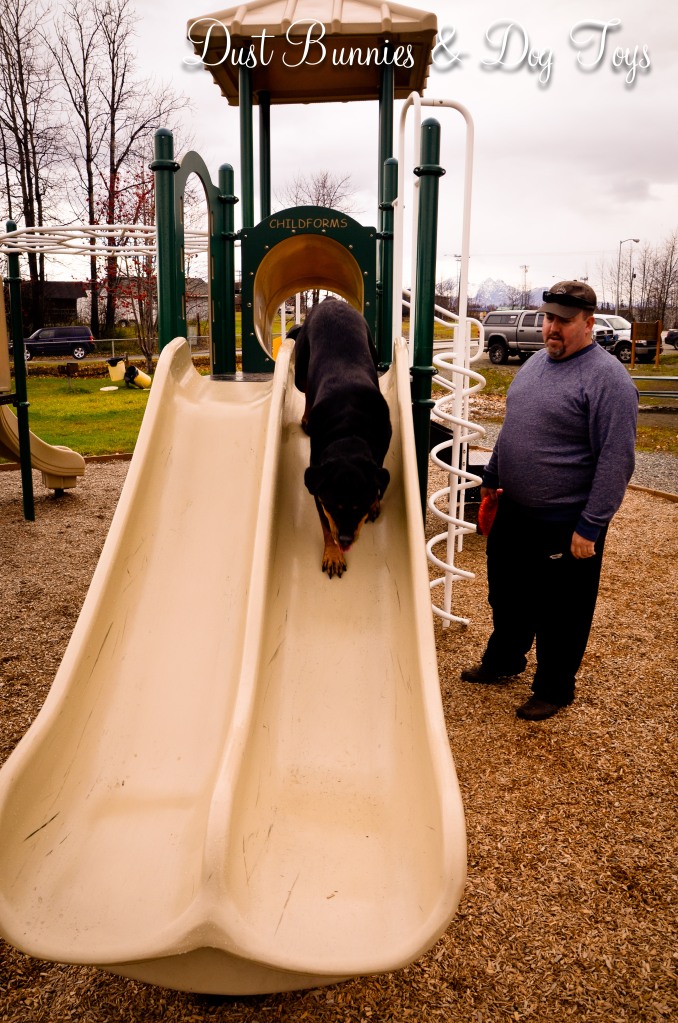 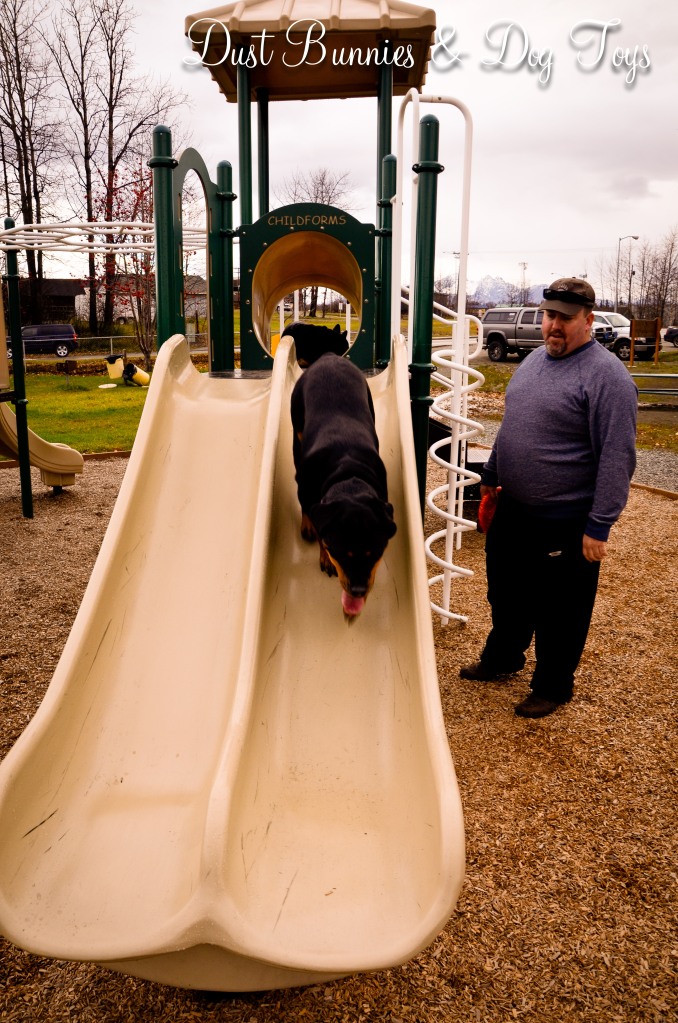 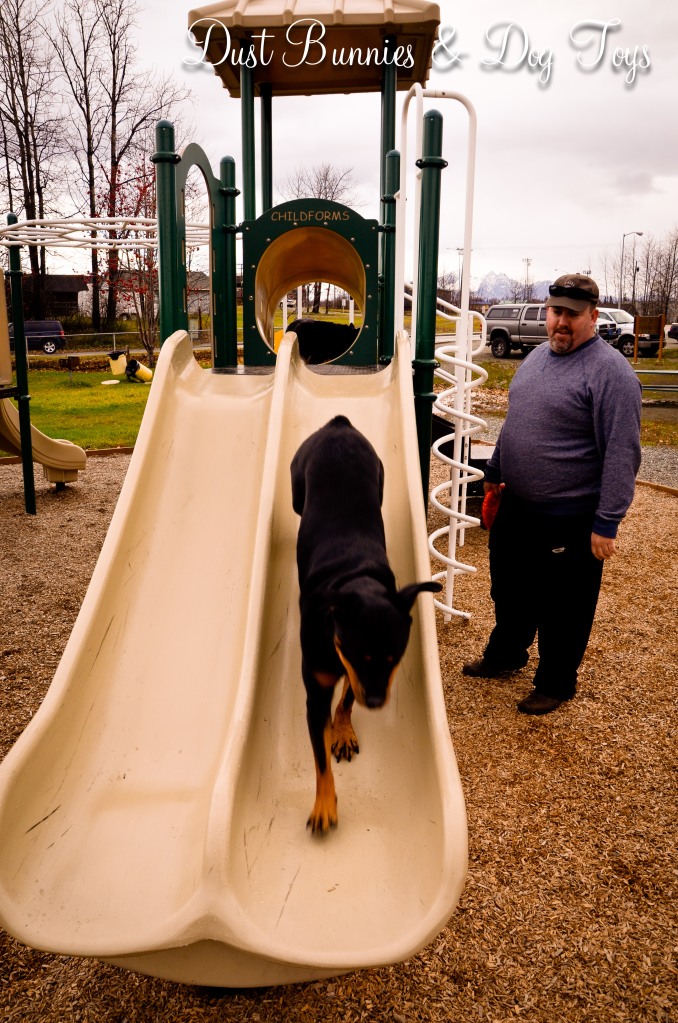 Everyone who saw them do this were amazed.  Granted this isn’t the first time they’ve been on playground equipment.  We’ve often had them climb stairs and cross things as part of their agility training, but this was the first time they’d actually gone down the slide instead of turning around and coming back down the stairs.  It took a little coaxing the first couple of times, but once they realized it wouldn’t hurt them and they wouldn’t get in trouble, it was game on! 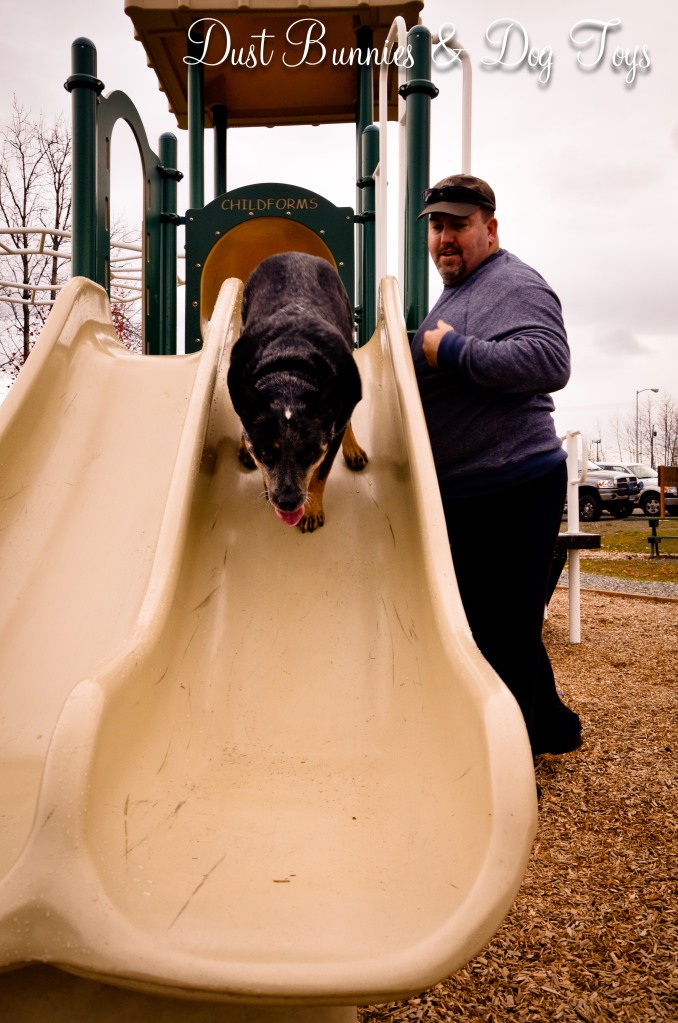 Guess we’ll have to keep an eye out for an old playset with a slide for their yard at the new house now!  Wonder if one might show up on Craigslist!?  Although even if I have to pay a few bucks for one it would be worth it to look outside and see this every so often!

And just so you know it wasn’t staged, visit my Facebook page to see a video of them in action! 🙂