After sharing our experience at the Alaska State Fair and the Josh Turner concert yesterday I realized I’d never shared a recap of the Tim McGraw & Faith Hill Soul to Soul concert we went to in Portland during our trip back in May.  I’ve seen Tim in concert a couple of times over the years, but hadn’t seen Faith in concert or with Tim before so that was a real treat.

We had great seats – just off the right side of the stage in the first level above the floor.  It was a great vantage point to see all of the special effects they had built into the stage, like the big display screen and curtains that they did projections and lights on.

Tim and Faith performed together for the first portion of the concert, doing a mix of their well-known duets like Speak to a Girl and It’s Your Love along with a few cover songs.  After several songs Tim took a break and Faith had the stage to herself.  She did several of her top hits including This Kiss, The way you love me and Breathe. 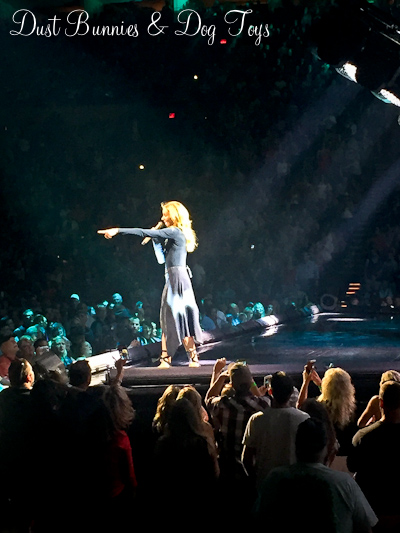 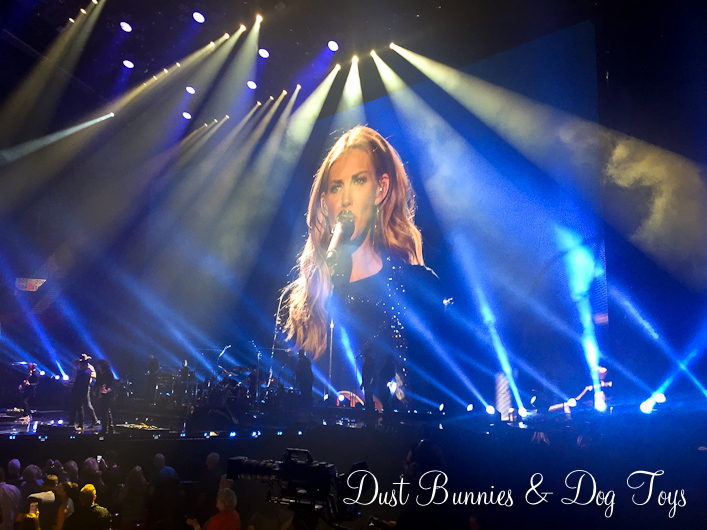 Then it was Faith’s turn to take a break and Tim came out to perform solo.  He did several of his hits including Indian Outlaw, Felt Good on my lips, Something like that and my fave Humble and Kind. 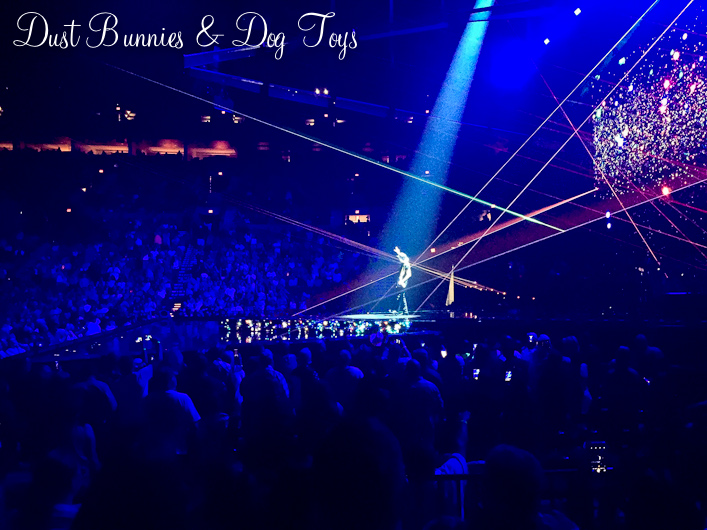 They teamed up to sing together again at the end of the show with Back at Momma’s and another cover song.

They had some pretty cool graphics on their large screen at the back of the stage, including this one that was a glass pane that would break to reveal a live shot of them and then come back together before breaking apart again during their new duet Break First.

Their encore performance was pretty unique too.  It included Faith coming out of a side entrance to the floor of the stadium where she walked through the crowds while singing Mississippi Girl.

Tim followed suit walking the floor on the other side of the stadium singing Real Good Man. 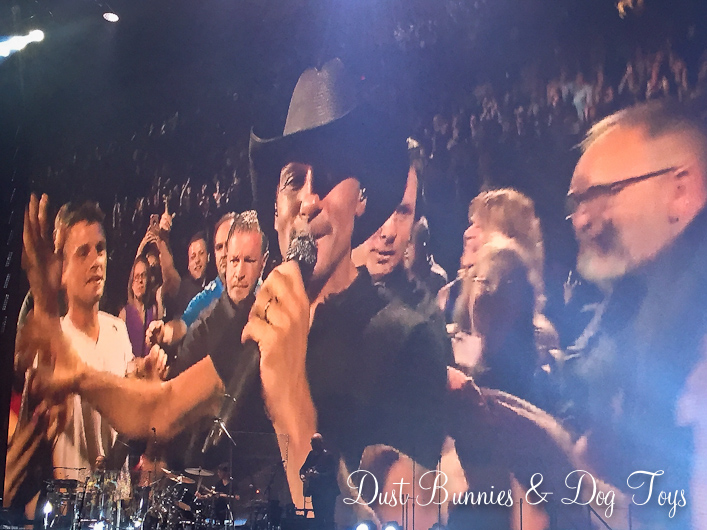 Their last song was I Need You, which they sang facing each other on a suspended portion of the stage and then shared a kiss right at the end.

They have an amazing chemistry which is amplified in their songs together.  I thought I was recording the entire last song on video only to realize I apparently hadn’t hit the button fully and nothing had recorded as they wrapped the song.  At lest I got a great kiss shot from the big screen.  Then apparently I was so wrapped up cheering at in the end of the concert that I forgot to pull my finger out of the shot… sorry. 🙂

The King and Queen of country certainly put on a phenomenal show!  While the tickets were quite pricey – to the point that the Hubs and I agreed that they were our birthday/anniversary/Christmas gifts to each other for the whole year – it was well worth it.  The concert was just a few days before our anniversary so it was a great way to spend a little time together to celebrate.  I’ll be sharing more of our trip to Portland next week so stay tuned for that!