We recently picked out tile for the Master Bathroom shower and jacuzzi tub, so we brought along a sample when we met with the foreman to see the cabinets and counter tops that the builder had shipped up from the lower 48.  Here’s the quartz that they picked out.  It’s a little darker than I’d hoped, but it works well with all the other colors so I think it will turn out fine.  And it’s better than the white quartz they used in another model!  I couldn’t imagine trying to keep that clean with my hubby’s cooking habits! 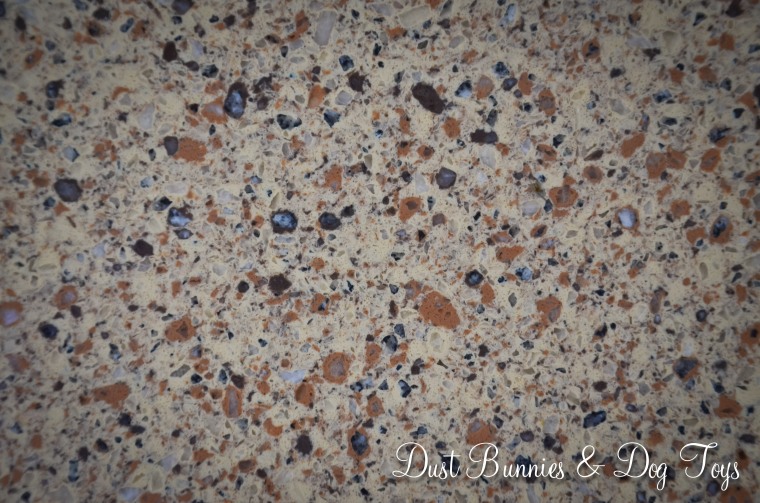 Here’s a sneak peek of the cabinet color and shaker style. 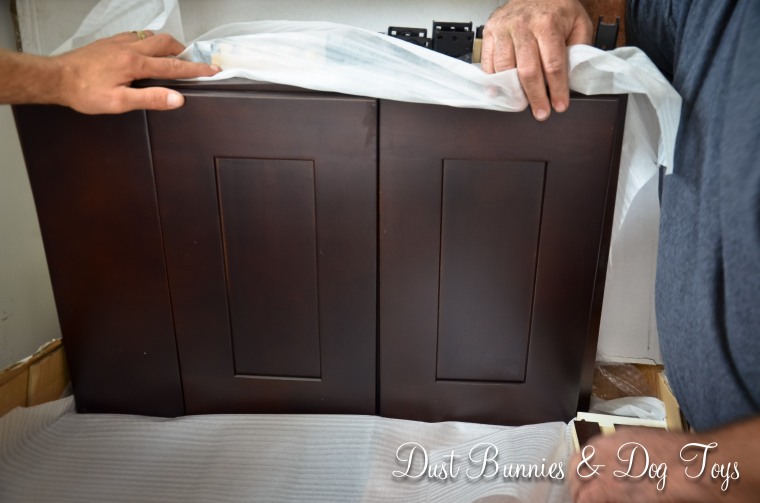 Here’s the combo of the flooring, cabinets and counter tops. 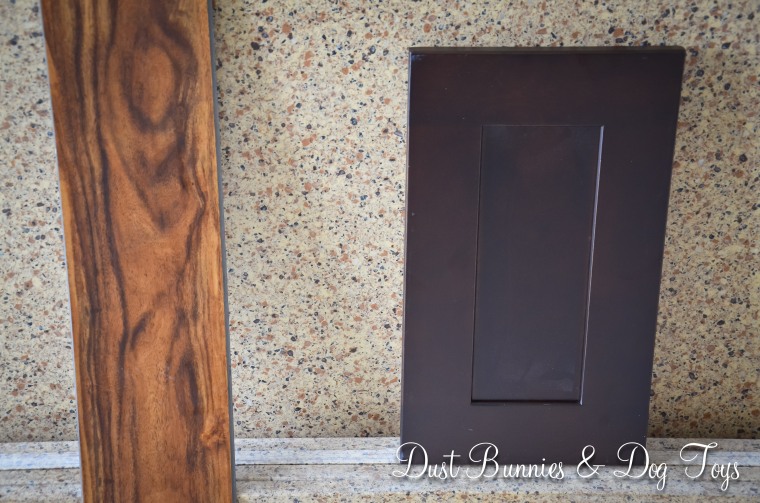 The bathrooms will have the same counter tops and cabinets, so we chose a neutral ‘spa’ style tile and accent for the Master Bathroom. 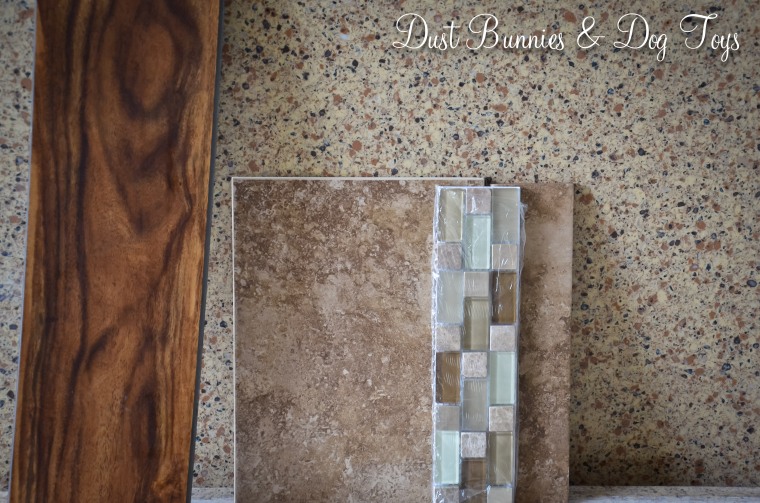 To save the budget, the hall bath has this single piece shower/tub instead of a tile surround – san’s shower doors. 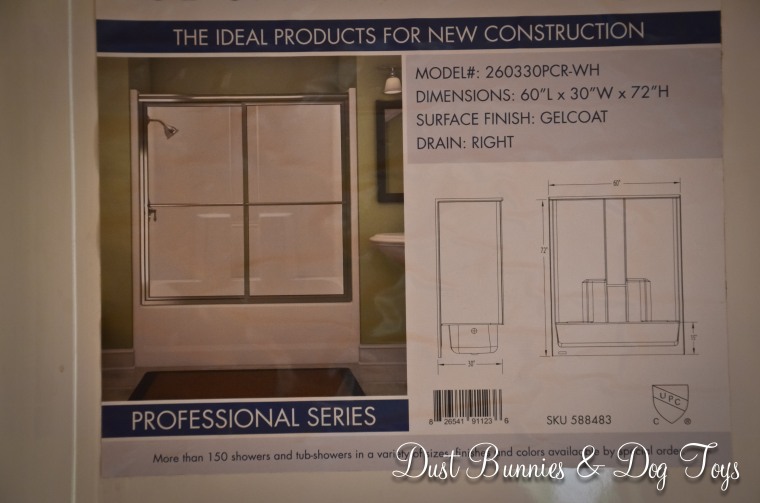 Our sinks will all be under-mounted squares like this one, except the cut out won’t be rounded in the front as much as this one is. 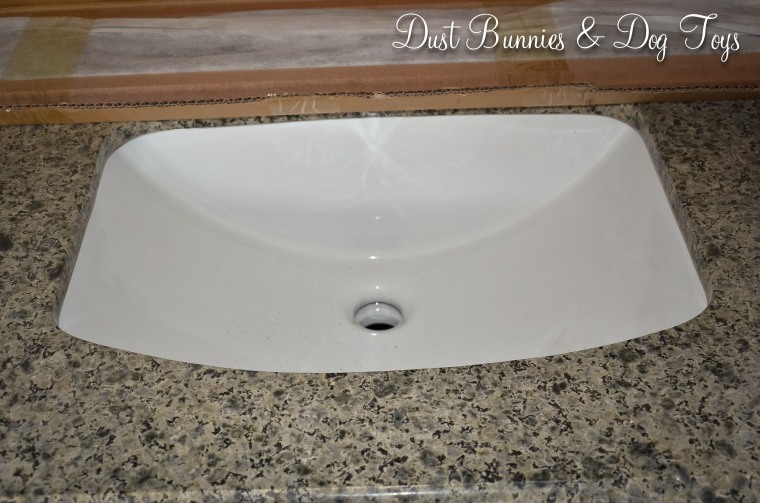 While we were there we also confirmed that our front porch columns and fireplace will have this stone, which should also coordinate well. 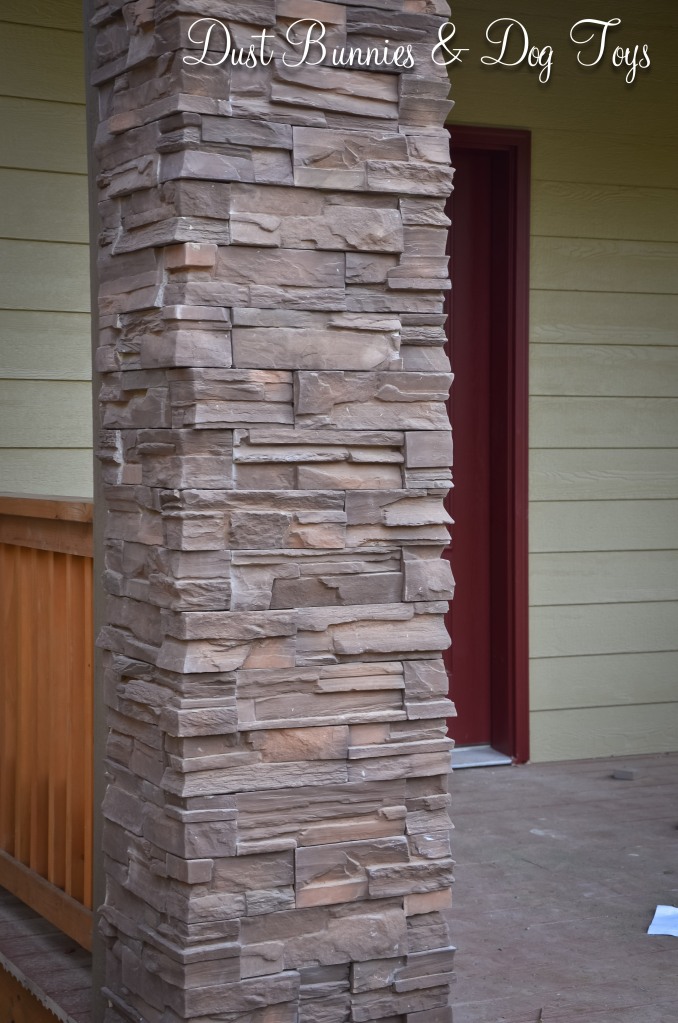 As you can tell, our colors are ‘earthy’ yet neutral.  I plan to add pops of color with accessories that can be easily changed out when the mood strikes.  We plan to have oil rubbed bronze fixtures on all the sinks and showers to continue the craftsman and spa style.  It’s hard to envision what it will all look like together and I think I’ll silently stress about it  until I see the finished product.  But it’s all part of the process and I’m sure it will turn out just fine.

I don’t remember where I first heard about the trend of painting your home’s front door purple, but the instant I did I was sold. And soon after I started noticing several purple-hued doors around Kodiak. Now that I’m in Anchorage, I’m usually too busy watching the other drivers around me to notice door colors, but I’m sure there are a few out there.  Apparently, the trend is spreading because I found several examples on Pinterest!

Our builder’s foreman called the other day saying it was time to pick out our front door, which brought the idea of a purple door back to the forefront. We picked out this door with a craftsman style leaded glass insert, but apparently that one is special order and takes 3 weeks to arrive. Unfortunately, our builder needs to install the door next week, so we told him to get something they had in stock similar to what he’d had in the models we’d seen.  This is the style he chose as seen on another of his builds.  I tweaked it to be purple in Photoshop, granted not the exact shade I’d choose but close enough for a visual (sorry for the rainy picture, but I didn’t feel like traipsing through the mud to get a closer shot). 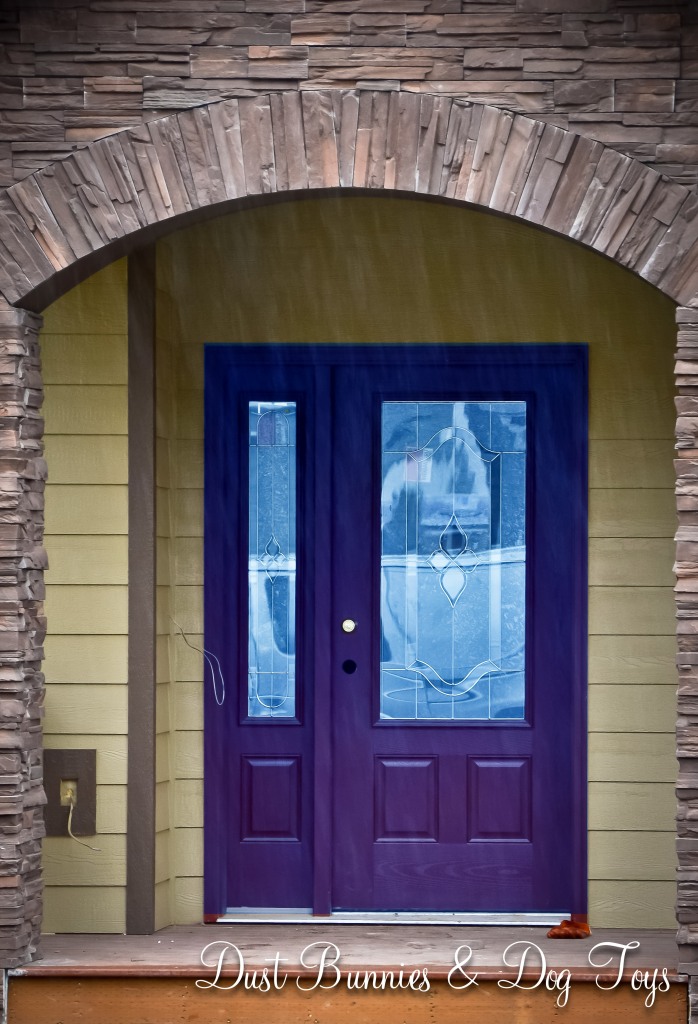 I’m not crazy about it, but it is nicer than just a plain door.  Unfortunately I then saw this one (also tinged purple via Photoshop) on another of his models and like it better, even though it’s just a different glass insert.  I think it fits our ‘craftsman’ style more.  I’ve asked him if that style is the same price and if so, can we get that one instead.  We’ll see what he says. 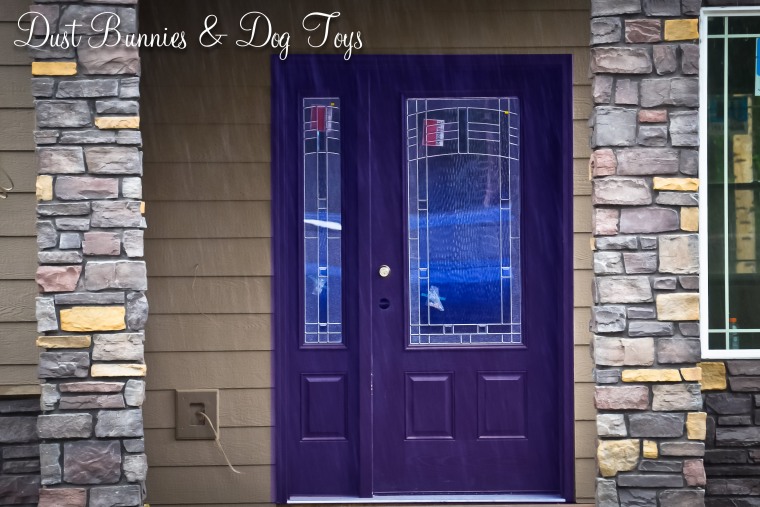 Regardless of which style we end up with, I think a purple door will add a nice pop of color to our entry way since the house will be tan with a medium/dark brown roof. I’ve considered adding faux shutters to the windows later on, which I might do in the same color to contrast with the pretty window box planters I’d want to add if I did add shutters. Because one project always leads to another right?!

Now I have to pick just the right shade of purple for said door. I’m feeling a bit like the lady in this ACE commercial who wants a purple, but not a PUR-ple. You know, the perfect color. I’m thinking something deep and rich like an eggplant. Something in this shade would be nice.  We picked up a swatch of Behr’s Mata Hari at Home Depot today and really like it.

I’m considering having them paint both the exterior and interior door purple. It might seem a little odd, but it is my favorite color and honestly, having one side purple and the other side white seems just as strange to me, so in a way it makes sense. Maybe only in my head though. What do you think? Should we paint both sides or just the exterior?