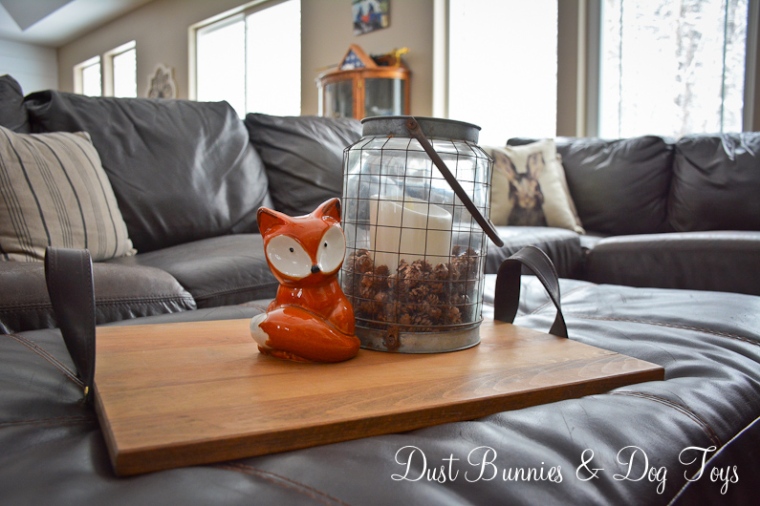 This was a quick project I did as inventory for my holiday bazaar show back in November.  I had wanted to share it back then but life with the crunch of show prep I didn’t get a chance to take step by step photos to share.  Luckily, it’s such a simple project that I can explain it pretty easily and since it didn’t sell I still have it around to photograph!

I started with a plain wooden cutting board I picked up at the thrift store for around $4.  It was looking pretty worn so I gave it a good cleaning and then a light coat of stain to bring it back to life.  Next we added the leather handles.  Can you guess what they were in a former life?

If you guessed a belt you’re right!  The Hubs had several belts that no longer fit or were worn out in spots.  This one was literally hanging on by a thread at one spot but the rest was still in good shape so I guesstimated how long I wanted the handles and cut two pieces to the same length.  The Hubs attached the edges of the belt pieces to the board with this fancy screws we got at the hardware store after pre-drilling holes for them so they wouldn’t split the wood. 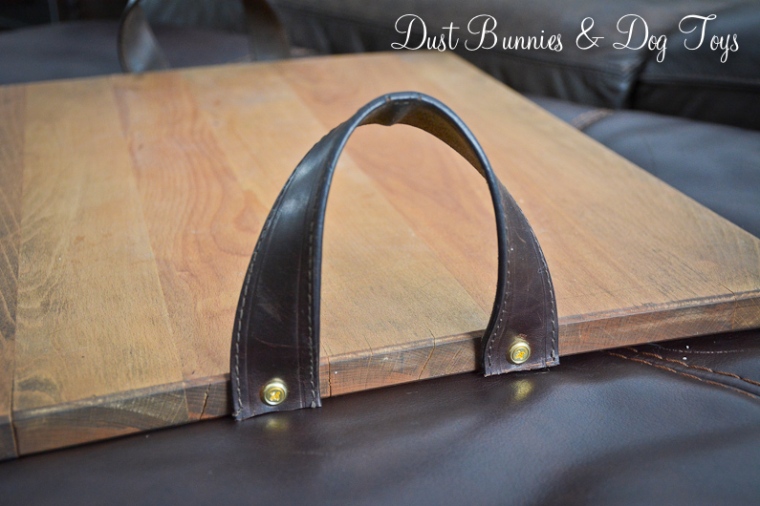 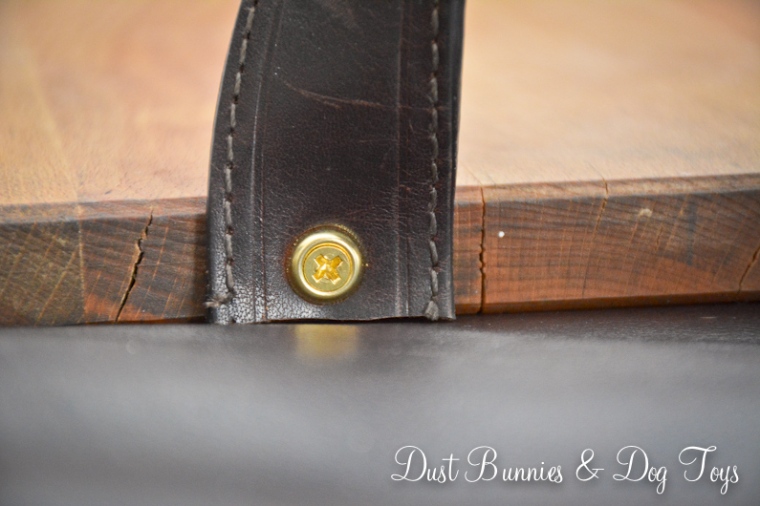 And that’s it.  See I told you it was simple!  I’m actually pretty glad it didn’t sell as we’ve been using it quite often for snacking on the couch or when I want to work on something but still be comfy.

I’d love to leave it out on the ottoman like this with some cute seasonal decor staged all the time but the Hubs assures me that the dogs would chew the handles and I know they would certainly knock off anything I had sitting on it so it typically lives on top of the media cabinet so it’s nearby whenever I need it.  It’s a good thing I love those heathens. 😉

Linking up at: Knik of Time’s Talk of the Town and Savvy Southern Style’s Wow Us Wednesday and Thrifty Decor Chick’s Before & After Party!