I love candles. They create instant ambience, making a room feel cozy and romantic. But they can also be dangerous. Especially in the hands of someone like me who tends to forget about them. Long ago the decision was made that real flame candles aren’t allowed in our home because I’d left them burning overnight or unattended too many times and it was a safety issue.

I switched to using wax melts with lighted warmers, which doubled as nightlights around our house. It was a good compromise, but I still missed the flickering glow of candles in my décor so I purchased both votive and pillar sized flameless candles. Although they were safe and filled the need, it just wasn’t the same as a real flame. But safety was the priority so I accepted the trade-off and moved on.

Then last year a family friend introduced me to Luminara at a dinner party while we were visiting Portland. Thanks to new patented technology, this company had created a real flame-effect candle! It was so convincing that I would have never guessed it wasn’t real if she hadn’t told me. They were seriously amazing. Click here to see how real they look!

As soon as we got home I researched them online and soon discovered they were also insanely expensive and not readily available at local retailers. So I continued using my ho-hum flameless candles – begrudgingly. That is until I spotted them in the Bed Bath & Beyond flyer recently! They were still a little pricey at $30-$35 each, but with a coupon I could get them for around $25 each which is a little more reasonable. I decided to buy one each pay period so I could spread out the cost (and use coupons for each) so it’s not a huge hit to my budget all at once. Kohls also carries them, but only online.

So far I’ve bought two and I’m so happy with them. Just look at the difference. Here’s my old flameless candle in my Valentine’s Day centerpiece and here’s the same centerpiece with the new Luminara candle for St. Patty’s Day. 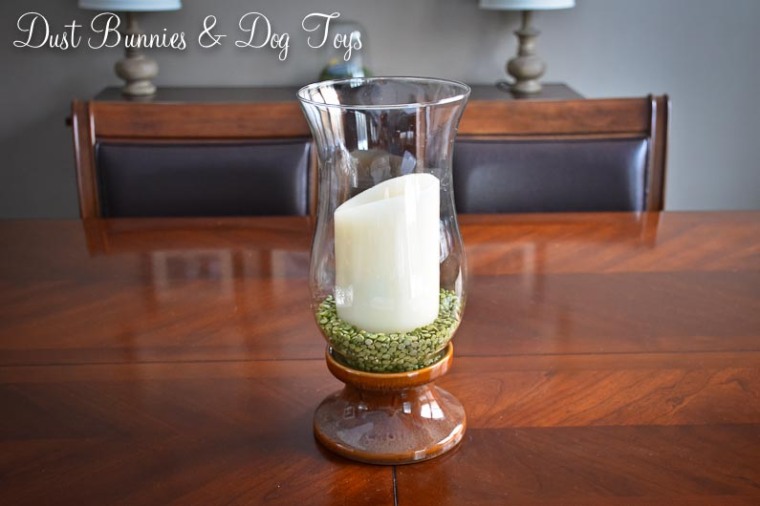 I chose to use the built-in self-timer which comes on at the same time every day and turns off automatically 5 hours later. Now that’s safety and convenience! It’s so relaxing to come home and see flickering candles. And I can go to bed with them on without a care. It’s perfect. They also offer a remote which can be purchased separately. I’ll use that option when I replace the candles around the tub in our master bathroom since I won’t use or see those as much.

There is one downside to these new beauties. They are wider than my previous flameless candles, so they don’t fit in everything the old candles do. I’d originally planned to sell all my old candles once I replaced them, but I might have to keep a few for pieces like this that the Luminara pillars won’t fit. They do make a smaller votive size Luminara, but it isn’t available locally yet so I’m on the hunt to find an online retailer who not only has them but won’t charge twice the item price for shipping to Alaska.  So if anyone needs an idea for my birthday – there you go! 🙂