The last critical move in project was a dog run for the girls, who have a doggie door at the deck.  We had planned to install a fence near the clearing line, but now that winter has frozen the ground solid that isn’t an option until spring.  Instead, we created a temporary dog run along the back of the house from used kennel panels I scored for just $100 on a local buy/sell page and free pallets from companies around town.

We closed off two sides of the deck by layering pallets on top of and next to the deck, screwing them together and then to the deck itself. A design the Klampets would be envious of! LOL 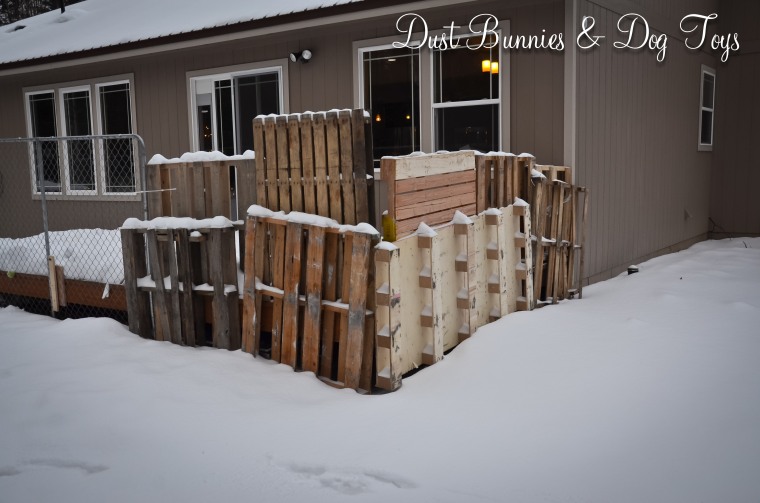 We tied the kennel panels together to make the main area of the run, from the deck to the hot tub, which also ended up acting as a portion of the run’s barrier since it’s so close to the house.  It’s not ideal, but it gave us a place to strap the kennel panel and a single pallet to, to complete the enclosure.  As you can see the girls don’t much care what it looks like, as long as they have toys to play with in the space. 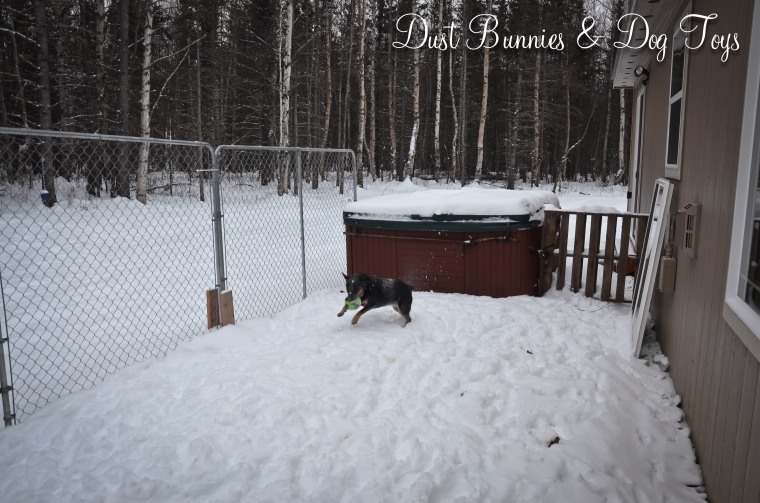 It’s certainly not pretty and it’s not a big space, but it allows them to go outside during the day to go potty and play when we’re not home, so it accomplishes the goal. 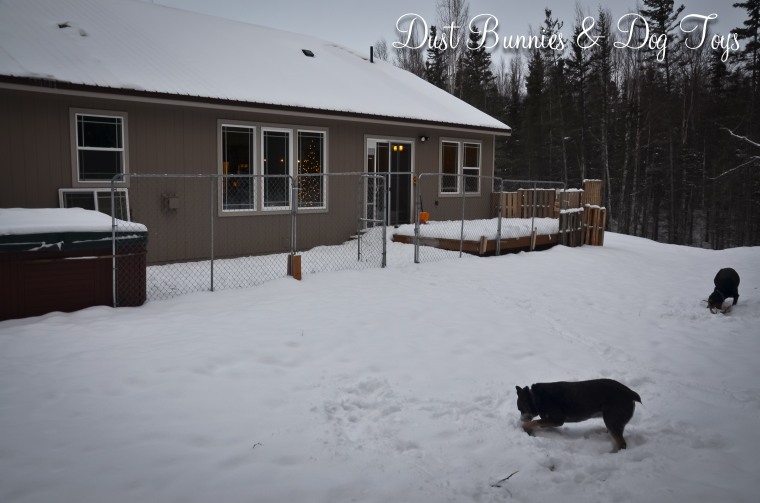 We open the gate when we’re home so they can wander in the woods and explore a bit further, which they are totally enjoying.  They are pretty good about sticking close to the house so that if they are out of sight it only take a few moments for them to reappear when called.  Sangria has also learned that she can go out the gate and around to the front of the house when she hears someone working in the garage, so she quite often ‘shows up’ to help if you leave the garage door open!  That girl is one smart cookie!  Tequila on the other hand, apparently doesn’t care enough to leave her toys to see what’s happening, because she rarely follows Sangria around to the front.

Unfortunately, the snow on the roof slides off right into the run, so we’ve had to be vigilant about keeping the area shoveled so it doesn’t accumulate high enough to block the gate, or encouraging anyone to jump over – either the girls to the outside or critters to the inside!

I’m not sure how moose proof the run is as we haven’t seen any on the property since moving in, so I’m guessing that the girls make enough noise to keep them at bay.  I’m certainly ok with that, especially if it means I don’t have to shoo a moose out of my garden come summer!